Solidarity laid criminal charges with the police, the Hawks and the National Prosecuting Authority (NPA) against former CEO Brian Molefe and Ngubane. 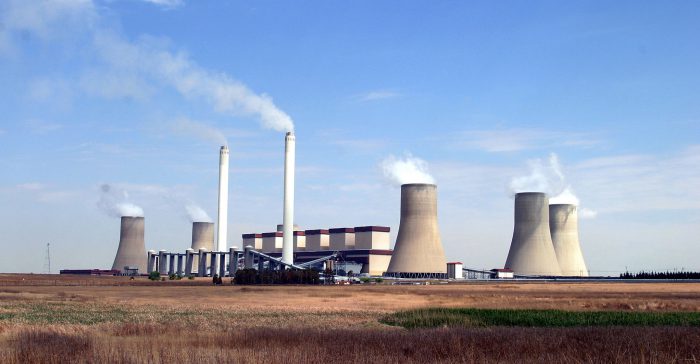 The Directorate For Priority Crime Investigation (Hawks) will close the docket opened yesterday by trade union Solidarity against former Eskom CEO and board chairperson Ben Ngubane as they are already investigating the same charges laid by Outa.

Hawks spokesperson Hangwani Mulaudzi said: “We already have this investigation within our confides, meaning we will take the docket, but we will have to close it.”

Solidarity laid criminal charges with the police, the Hawks and the National Prosecuting Authority (NPA) against former CEO Brian Molefe and Ngubane.

Solidarity CEO Dirk Hermann, pictured, said the facts indicated that Molefe and Ngubane had teamed up to concoct a scheme in terms of which pension monies of R30 million had been illegally awarded to Molefe.

The same charges were also laid by the Organisation Undoing Tax Abuse (Outa). “We will add Solidarity’s statement and other affidavits and evidence to the Outa docket,” Mulaudzi said.

Hermann said their view was that Molefe and Ngubane committed fraud and Molefe had been enriching himself as a result of an unlawful act.

Outside Garsfontein police station, Hermann said they had asked the law enforcement agencies to charge both Molefe and Ngubane in terms of the Public Finance Management Act, the Companies Act, the Prevention and Combatting of Corrupt Activities Act and the Prevention of Organised Crime Act.

Conviction can carry a penalty of 10 years’ imprisonment. “We are also asking that other Eskom executives, such as Anton Minnaar, the manager in charge of the executive team, as well as members of Eskom’s remuneration committee and board members, be probed too.

“They failed in their legal duty to disclose unlawful activities,” he said.

Solidarity’s charges come in the wake of a condemnatory finding by a full bench of the High Court in Pretoria in terms of which criminal prosecution is justified.

The court found that the unlawful pension scheme was deliberately devised by Eskom and Molefe. It ordered that all monies that he had received so far be paid back.