Mandla Chauke reiterated his claim that the baby was already dead the night before her body was found in a bucket of urine in his shack. He never discussed his suspicions with his new girlfriend that her baby was dead because he wanted to go on drinking with her, a Mamelodi man has told the High Court in Pretoria.

Mandla Chauke, 29, who is accused of murdering his girlfriend Tebatso Choche’s six-month-old baby girl Boikgontsho by drowning her in a bucket of urine, reiterated his claim that the baby was already dead the night before her body was found in a bucket of urine in his shack.

Chauke earlier testified that the baby had been on her mother’s back the whole day until she put it down on the bed in his shack late that night.

He said he was concerned about the baby and made porridge, but the mother said the baby was fine and did not feed the child.

According to Chauke, he started suspecting that the baby was dead while he was urinating outside, but then “let it go” and did not discuss his suspicions with the mother.

Asked if it did not concern him to be drinking with the body of a baby nearby, he said: “You know, sometimes when you’re drinking you make mistakes.”

Asked if he had looked at the child earlier in the day, Chauke said he was happy that the woman was there and did not care about the baby. “I was not busy with the baby. I was only busy with the woman,” he said.

Choche testified that the accused had assaulted and raped her and refused her permission to take shoes or her baby with her when she left the next morning.

She later returned with the police to his shack, asking about her baby, but he said her uncle had come to fetch the baby.

When her uncle told her he hadn’t, they returned to Chauke’s shack but he wasn’t there.

Police helped to search for her baby, whose body was found in a tightly closed bucket with urine inside and another heavy bucket with water placed on top.

Chauke said he had not seen the baby with Choche when she left, and was surprised when the police told him about the baby’s body in the bucket. 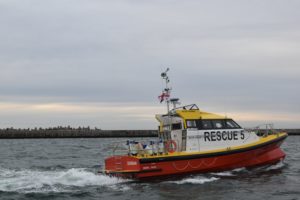 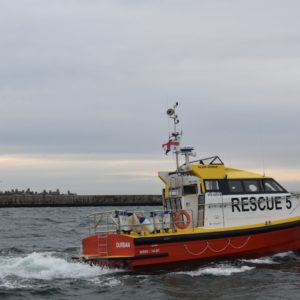