The agency responsible for ensuring Gauteng doesn't run out of water has seen its acting CEO quitting today, allegedly out of frustration. 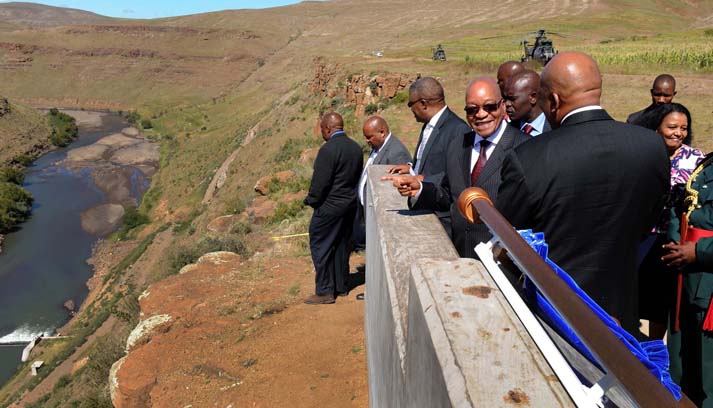 Whistle-blowers at the Trans-Caledon Tunnel Authority (TCTA) have accused the water agency of ongoing serious financial mismanagement. Its acting CEO resigned this morning, allegedly in frustration.

The TCTA is responsible for, among other things, the operation, maintenance and management of the important Lesotho Highlands Water Project in South Africa.

Well-placed sources allege the embattled agency recently agreed to rehire its chief operating officer (COO) and pay her close to R5 million as an alleged trade-off for her dropping all claims she may have had against the company.

Return of the COO

Instead, Nhlapo was returned to work in December 2017 and allegedly received a R5 million windfall in lieu of the time she had been away from the company as soon as she rejoined it. One whistle-blower speculated that this soft landing for Nhlapo was questionable, since she is seen to be close to board chairperson Zodwa Manase.

RELATED: Finances for water and sanitation projects must be examined

Manase, in a response provided by company secretary Nomsa Wabanie-Mazibuko, confirmed Nhlapo’s re-employment. She said “after noting and considering the contents of both the Ernst and Young [EY] report, as well as the legal opinion from Werkmans Attorneys, the board took a round-robin resolution on the 19th of December 2017 and subsequently approved by a majority decision on 9 January 2018 to reach a settlement agreement”.

Manase confirmed that in addition to the YE report and Werkmans Attorneys’ legal opinion, the board had on June 2016 obtained another legal opinion, not directly related to her re-employment, from Selemo Attorneys prior to the lapsing of Nhlapo’s previous contract of employment. Manase said the advice they received was in relation to how the board should handle the termination of executives’ contracts and the conduct of the former CEO.

She said the delegation of authority (DOA) in the organisation provides that the CEO can appoint and remove executive management in consultation with the remuneration committee and thereafter refer the decision to the board for noting. She added that the previous CEO had unlawfully amended the DOA “to the effect that the CEO could make decisions pertaining to the appointment and removal of executive management without consultation”.

“It is correct that Ms Nhlapo has served three terms as COO. Her first terms commenced on 1 August 2007, expiring on August 2010. Her second term ran until 31 July 2013 (which was extended until 31 August 2013). The third term commenced on 1 September 2013 and expired on 31 August 2016. In terms of the settlement agreement, 12 months’ compensation was the payment to Ms Nhlapo in full and final settlement of any claims she may have against TCTA,” Manase said. 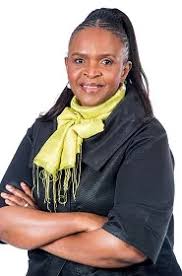 She said although the employer was not at “liberty” to disclose what the exact amount came to, it was less than R5 million and “less than the renumeration to which she would have been entitled for the actual period for which she was out of work”. Nhlapo denied allegations that she had incurred a R150 000 phone bill while on an international trip and said “this is a cost relating to calls and data usage over a period of 21 months” and R166 407.60 was deducted from “my salary of the 31st August 2016”.

A board member who was ‘sneaked on’

Whistle-blowers are furthermore concerned that Muziwandile Msizi Chonco, who is also an executive at Anheuser-Busch InBev in Africa, was “illegally” sneaked on to the TCTA board. It is alleged all decisions taken by the eight-member board where Chonco concurred could thus be null and void. The minister did not forward his name to Cabinet as part of those board members she recommended, thus allegedly not following due process in his appointment.

A “Cabinet announcement” of new board members issued on government’s information portal indeed makes no mention of Chonco’s name. Questions posed about Chonco were not directly addressed by Manase.

On the day of the recent Cabinet reshuffle, Mlimandlela Ndamase, the spokesperson to former minister of water affairs and sanitation Nomvula Mokonyane, committed to provide answers on these questions the next day. By the next morning, the department had a new minister. Calls for further comment from Ndamase have subsequently gone unanswered. The Citizen will update this article as soon as a response is received.

The sources claim Manase and her board have created administrative paralysis at the entity by stalling on the appointment of a CEO despite interviews having been concluded in November 2017. This may result in an enabling environment to bypass supply chain management processes since tenders will need to be awarded irregularly to avoid water shortages to the Gauteng area.

They further allege the board is also delaying the awarding of multibillion-rand contracts, which will have a crippling effect on the roll-out of Phase III of the Lesotho Highlands Water Project. The Citizen was reliably informed that the acting CEO, Leonard Radzuma, resigned this morning in frustration. Manase, however, told The Citizen Radzuma had simply “stepped down” after acting for 16 months and has returned to his substantive position as the chief risk officer for the TCTA.

Manase, however, poured cold water on these allegations and said “the board merely exercises oversight functions to ensure that the tender process secures the best available tenderer responses” in a transparent approach.

Manase, the owner of an auditing firm, is no stranger to controversy. In 2012 it emerged that she had been found guilty years earlier on 12 counts of contravening the Income Tax Act and was sentenced, after a review, to 12 years in jail suspended for five years and ordered to pay SARS 1.4-million in instalments of R300 000. The South African Institute of Chartered Accountants confirmed her membership of the professional body lapsed in September of 2013.