The five-year-old was found dead at the bottom of the pit latrine on Tuesday following a police search. 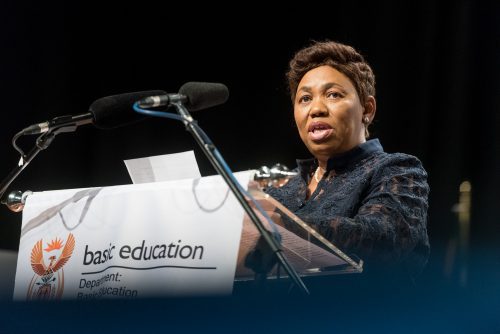 A five-year-old Luna Primary girl pupil fell and drowned in a pit latrine at her school in Bizana, Eastern Cape, on Monday.

The Mail & Guardian reports that she was found dead at the bottom of the pit latrine on Tuesday following a police search.

The tragic incident was confirmed by Minister of Basic Education Angie Motshekga in a statement issued on Thursday.

“The death of a child in such an undignified manner is completely unacceptable and incredibly disturbing. I would like to send my sincere condolences to the family of our Viwe Jali, who passed away tragically on Tuesday. I cannot begin to know the trauma the parents are experiencing, it is truly a tragic incident and my sympathies are with them,” Motshekga said.

The department said a case has been opened with the local police who are investigating the circumstances around the death of Viwe, whom the Mail & Guardian reports is actually named Lumka Mketwa.

The department added that counselling services were being provided to the school.

EE offered its condolences to her family, friends and her school community, and said it was angered by the department’s “continued crass disregard for the interests of learners”.

“The provision of safe schools that support learning is not only fundamental to realising the constitutionally guaranteed rights to education, health, equality and human dignity, but is also a life and death question, as shown by the tragic passing of Viwe, and that of Michael Komape in 2014,” the EE said in a statement.

Five-year-old Michael lost his life when he drowned in faeces after falling into a pit toilet at a school in Limpopo in 2014.

His parents, Rosina and James Komape, took the provincial and national department of education to court seeking damages from the state.

EE said it is a “horrific coincidence” that it was in the Bhisho High Court this week to ask the judge to oblige Motshekga “to fix unconstitutional loopholes and gaps in the Minimum Norms and Standards for School Infrastructure.”

“If the court agrees with us, it will mean that the country’s law on school infrastructure will be tightened, and there will not be any excuse for any failure by the nine provinces to comply with the deadlines which the law sets for providing essential infrastructure at schools,” EE said.

SECTION27, intervening as friend of the court in the matter brought by EE, said it would challenge the constitutional validity of certain regulations of the Minimum Norms and Standards for School Infrastructure.

“SECTION27 will focus on the challenge to regulation 4(5)(a), which effectively makes the provision of adequate school infrastructure subject to available resources and the co-operation of other government agencies and entities. We will argue that regulation 4(5) (a) is inconsistent with the right to basic education enshrined in section 29(1)(a) of the Constitution,” SECTION27 said.

Motshekga said the department is doing all it can to deal with infrastructure backlogs timeously “by prioritising unsafe structures and those without decent sanitation, electricity and water.”

She said though the national and provincial departments have made gains in addressing these challenges, budget cuts pose a threat to the provision of infrastructure.

“Currently 5 225 maintenance projects are underway around the country and the Eastern Cape had already exhausted its maintenance budget,” Motshekga said.

However, she said as part of government’s reprioritisation of funds, more than R3.5 billion will be cut over a three year period on the department’s Accelerated School Infrastructure Delivery Initiative (ASIDI).

SECTION27 said during the EE matter in court this week, it would also argue that organs of state are constitutionally obligated to work together to meet the needs of the public.

“However, final accountability and responsibility for school infrastructure lies with the Department of Education,” SECTION27 said.

The advocacy group further states that according to the January 2018 National Education Infrastructure Management Systems report, there are 37 schools in the Eastern Cape with no toilets, 1,945 with plain pit latrines, and 2,585 with ventilated pit latrines (referred to as VIP latrines).

“According to the same report, there are 4,358 schools in South Africa that have only plain pit latrines as a form of toilet. Flush toilets are rare,” EE said.

In a separate incident, TimesLive reported that on Thursday a five-year-old pupil at the Mutsha Primary School in Thondoni village near Thohoyandou, Limpopo, was electrocuted while allegedly within the school’s premises. 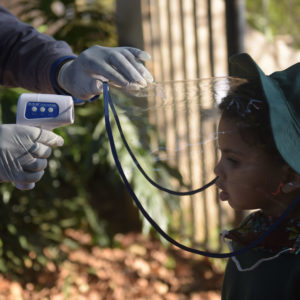 'Negative impact on learning': SAHRC calls for rotational classes to be scrapped
3 weeks ago
3 weeks ago

'Negative impact on learning': SAHRC calls for rotational classes to be scrapped
3 weeks ago
3 weeks ago