This is some of the documentary proof Magalies Water asserts The Citizen had no basis for presenting as, in all likelihood, factual. 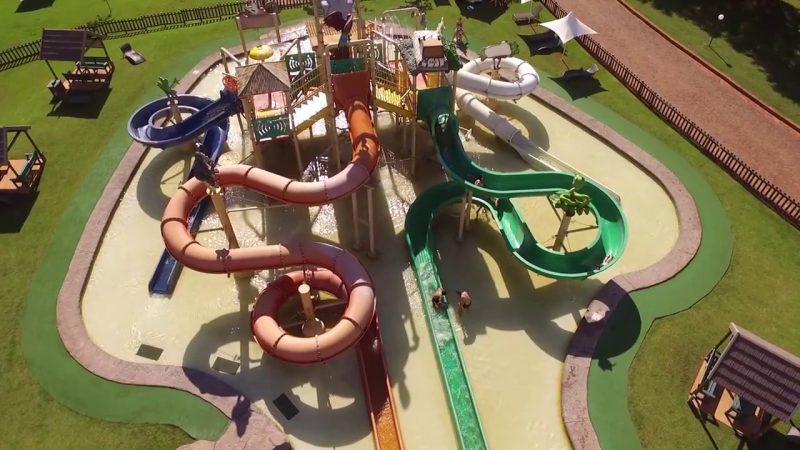 Magalies Water appears to think the allegations against it are based on little more than “false accusations, distortion of fact, exaggeration and misrepresentations”.

This is according to its attorney, Bertie Grobbelaar of the Rustenburg-based legal firm Van Velden-Duffey.

However, as previously reported, The Citizen is in possession of reams of worrying documentation about the state of the water board that has its head office in Rustenburg, where it is tasked with providing bulk water and secondary services directly to municipalities, mines and other industries across North West, Limpopo and Gauteng.

Instead of merely responding to this website’s queries on concerns about the water entity, they hired lawyers.

After initially undertaking to provide a formal comment on 15 allegations levelled against his client, Grobbelaar later asked for more time to consult. Having already allowed more time than is normal, we published the allegations with the understanding that the article could be updated once comment from Magalies Water eventually arrived.

On March 18, Grobbelaar argued that, to his “great surprise and in contradiction” to the “understanding” that The Citizen would have waited until he had consulted with his client, the report was published.

However, no such understanding was agreed, although The Citizen continues to seek the response of Magalies Water.

Subsequently, instead of providing feedback, Grobbelaar wrote: “It is in fact our instructions that the report is factually inaccurate and contains false accusations, distortion of fact, exaggeration and misrepresentations.”

The lawyers complained that The Citizen’s approach had not been fair and their client would therefore no longer be willing to respond to “the unfounded speculation, accusations and allegations”, which they alleged were based on nothing more than “the opinions, allegations, rumours and/or suspicion of a so-called undisclosed source but presented as facts, without having due regard to the source of the news”.

However, here is some of the physical evidence provided to The Citizen that prompted our investigation and report, and which Magalies Water appears to believe does not exist. We also possess further documents.

It is important to note that this website continues to seek and wish for comment from Magalies Water, and will publish any and all response to our articles in the event that such a right of reply does get issued.

In the below submission for the approval of the security contract by the safety, health and environment manager supported by acting general manager of corporate services, none of the senior managers indicated whether they supported it or not and just attached their signatures. The acting GM of corporate affairs was one of those who did not indicate clearly whether he is recommending the two companies be awarded. 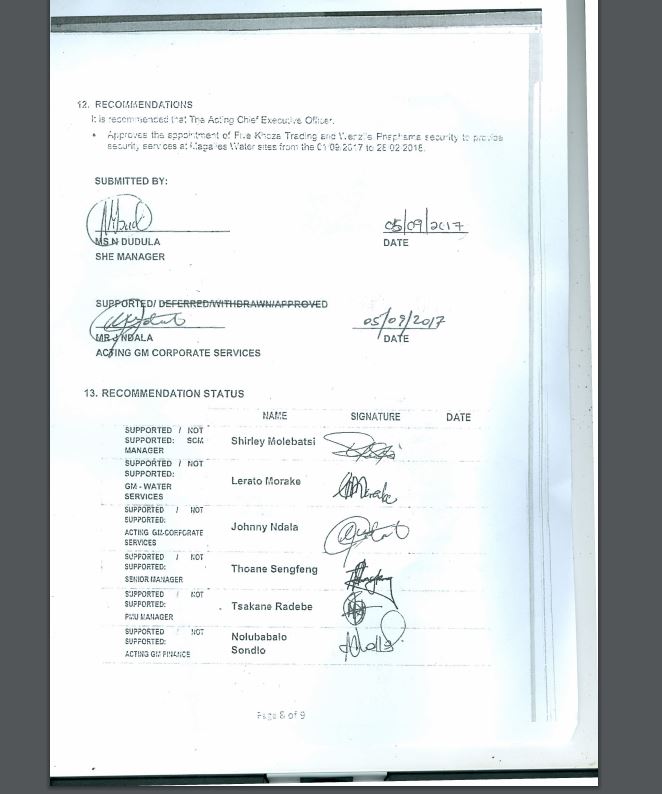 In this letter below, management, through the acting chief executive officer, responded to the audit finding on irregular salary increase to a human resources officer. 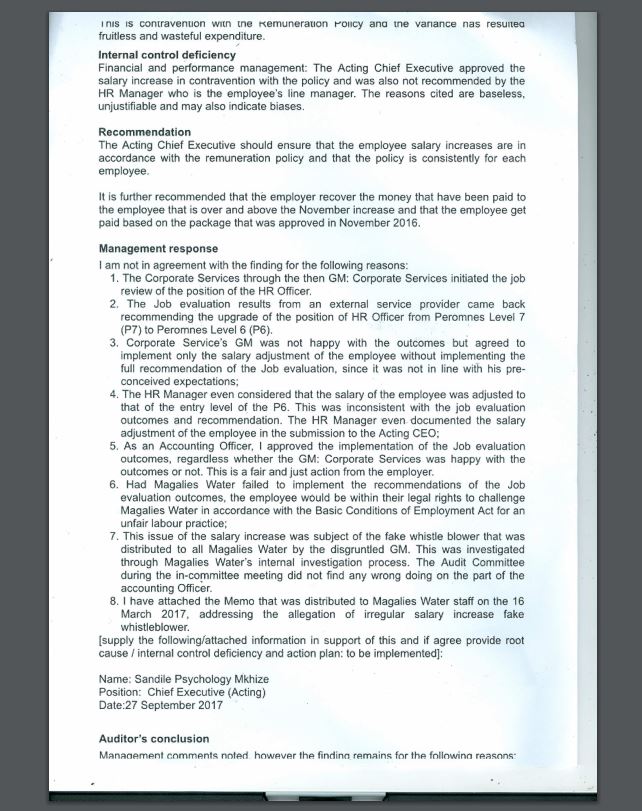 In the document below, a deviation for HR recruitment process was declined by a general manager in the finance department. Below is a report signed by the acting chief executive showing that management and board members in effect investigated themselves. 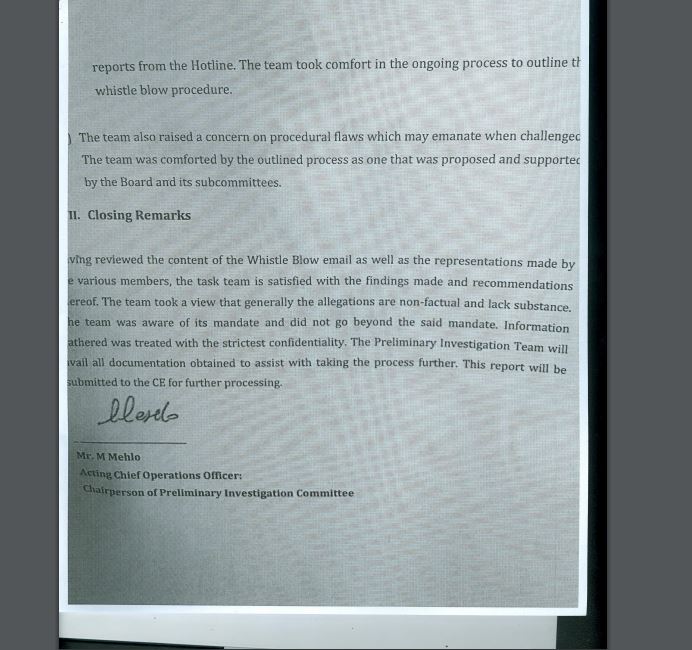 Below is what the former minister of water and sanitation, Nomvula Mokonyane, recommended CEOs of water entities be remunerated.

Below is the resolution of the board of Magalies Water with regards to how much their own CEO should be paid annually. 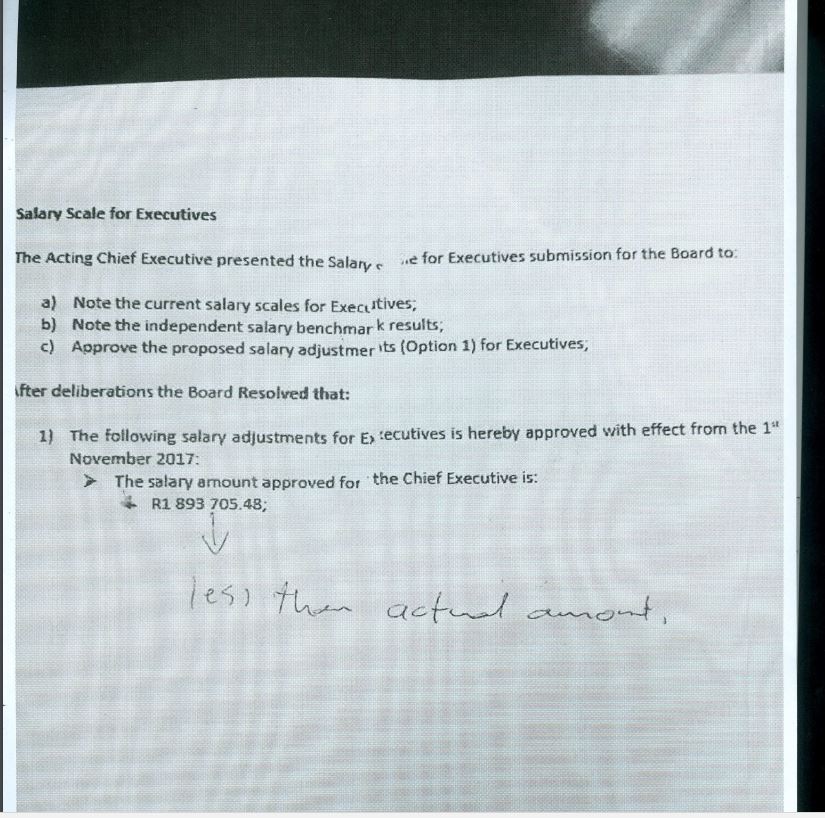 This is, however, the letter of appointment to the CEO with a salary of R2.2 million per annum – above the minister’s recommendation. At some point Mokonyane confirmed the board chairperson was a fraud accused in 2005, even though the case was eventually struck off the roll. 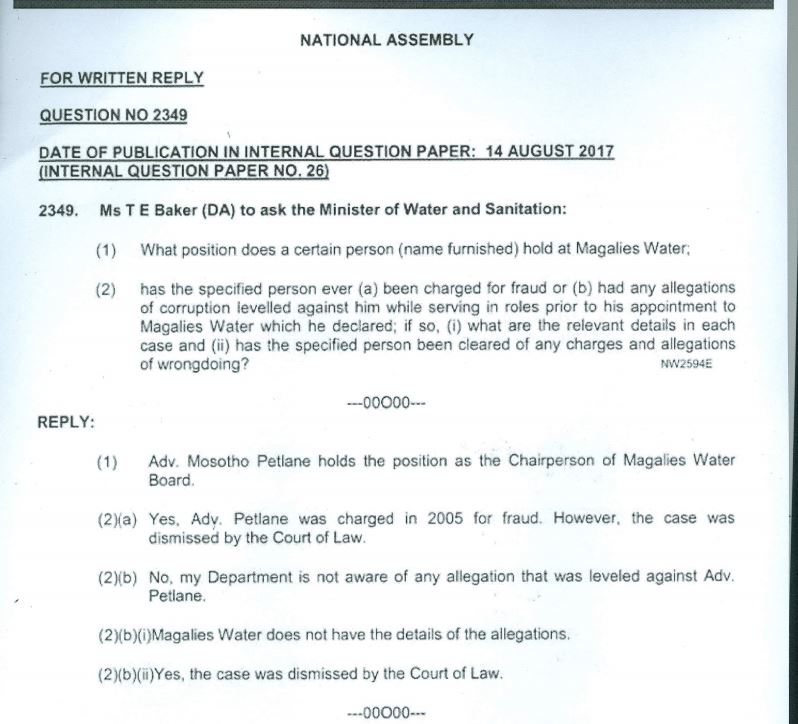 This is how taxpayers are funding board members and executives at Magalies Water to undertake postgraduate studies. 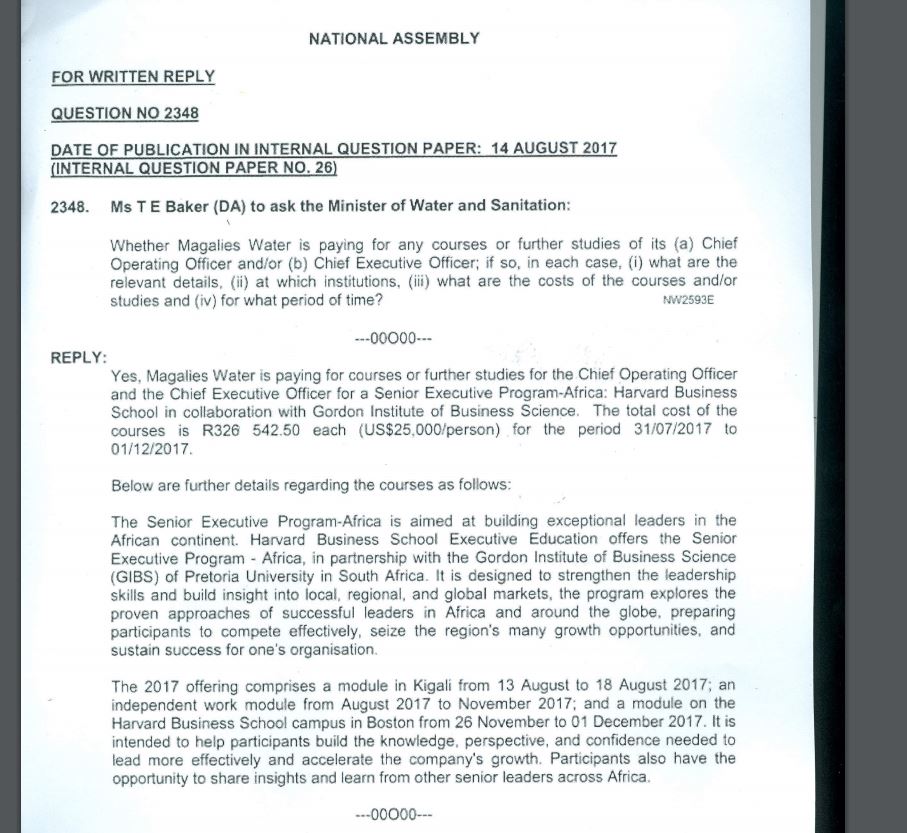 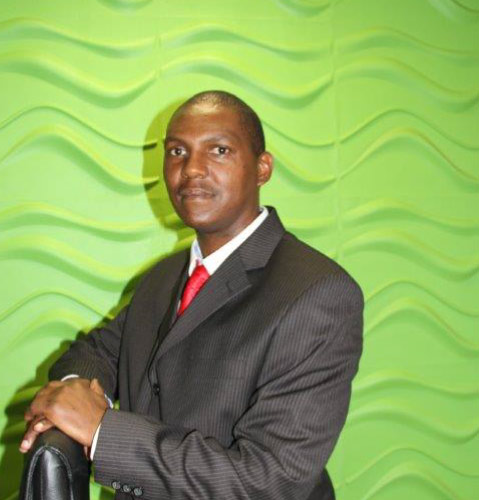