‘I’m in pain, she was a hero’ – stalwarts remember Winnie 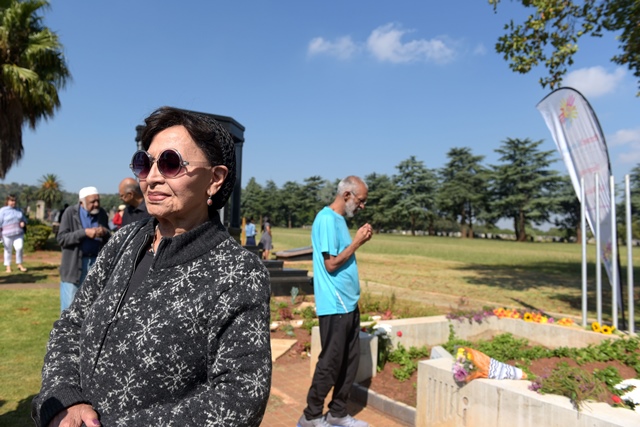 Leader of the 1956 Women's March Sophie Williams de Bruyn speaks at the gravesite of Ahmed Kathrada as part of a commemorative programme to mark the first anniversary of his passing, 28 March 2018. The gravesite is modelled on the exact size of his prison cell on Robben Island where he spent 26 years. Picture: Tracy Lee Stark

Fighting back tears, the last living leader of the Women’s March of 1955, Sophie de Bruyn, described the immense sadness she felt upon hearing the news of the loss of a friend.

De Bruyn herself spent her 80th birthday with Madikizela-Mandela in January while she was in Milpark Hospital in Johannesburg. There they shared memories of their struggle activities.

Struggle veteran Denis Goldberg pointed to the great loss the nation has experienced.

“She was a genuine hero. Her life was turned upside down by that long solitary confinement. The brutality of her treatment made her life very difficult thereafter, in the sense that the security establishment ran a campaign of vilification against her,” an emotional Goldberg said.

Goldberg remembered when she and Nelson Mandela arrived in Sweden to see OR Tambo after Madiba had been released.

“They came down the reception line … she looked at me … and she beamed at me!

“She said ‘how wonderful to see you again!’ And we didn’t know each other that well … but it was just the sincere magnetism of that personality that was a delight to see.”

Goldberg added that Madikizela-Mandela was a tremendous example of “courage, and how things can go wrong for a bit – and how by stepping back and reflecting, one can make a comeback”.

She also epitomised the strength that a mother has to display when faced with ghastly situations.

“One admires her for that time when she had left Brandfort (where she had been banished to).

“That is quite remarkable courage I have to say, which is why she was so widely admired – even by those of us who sometimes felt she was a little bit more dramatic than she might have been.” 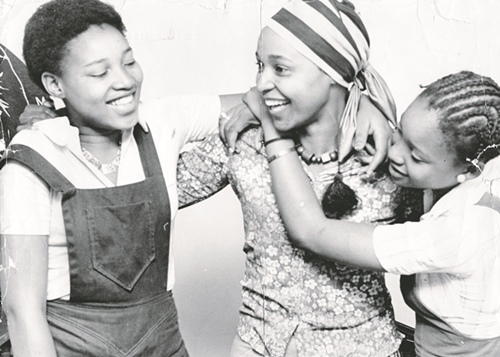 What mourners say about Madikizela-Mandela: