The tunnel was closed while authorities attempted to talk him out of jumping. 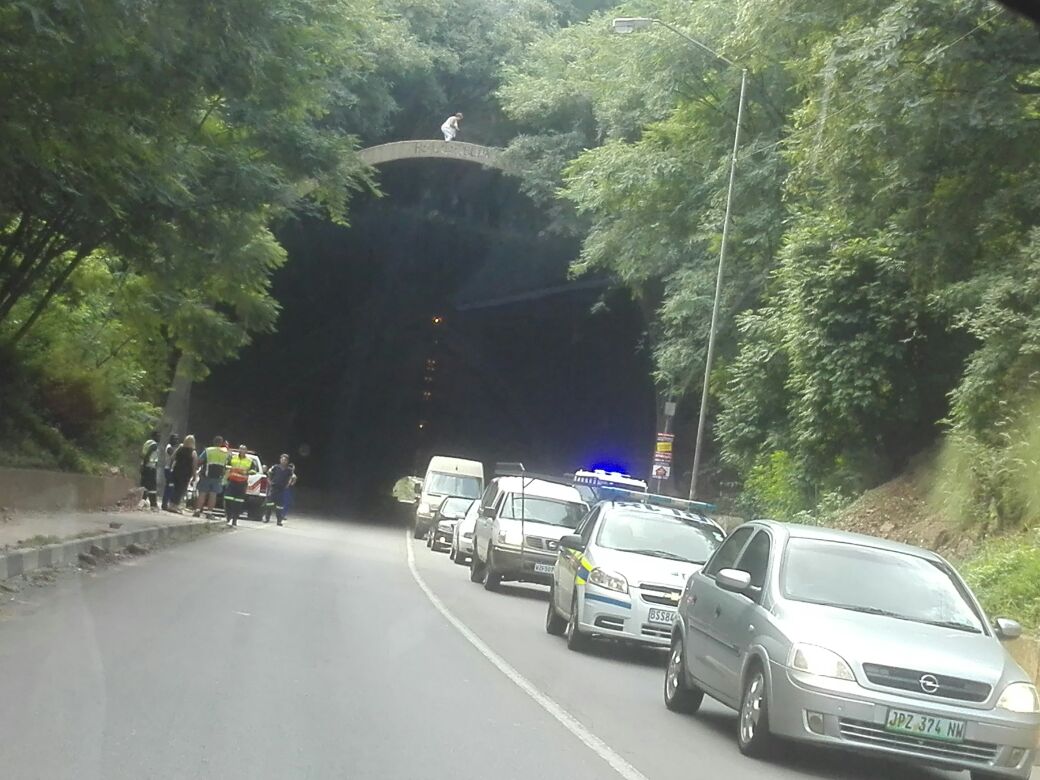 A 21-year-old Pretoria father who threatened to jump from the Daspoort Tunnel in Pretoria West was saved by the sight of his baby son.

The mother of the baby brought the child with her to the scene to prevent the dad from jumping to his death.

He said the Tshwane Metro Police and the nonprofit organisation Emergency Support Team helped to close the tunnel for traffic in case the man jumped and was hit by a car.

“The height was much of a concern, but the secondary worry was that he might have been hit by a vehicle. The man only came down when the mother of his son brought his baby to the scene.

“The man was then transported to Tshwane District Hospital where he will be under observation for the next 72 hours,” Loubser said.

The tunnel was opened for traffic at about 3pm.