Hlongwane initially sued Sowetan and Times Live for R30m for allegedly defaming him in a series of articles published in 2016 and 2017. 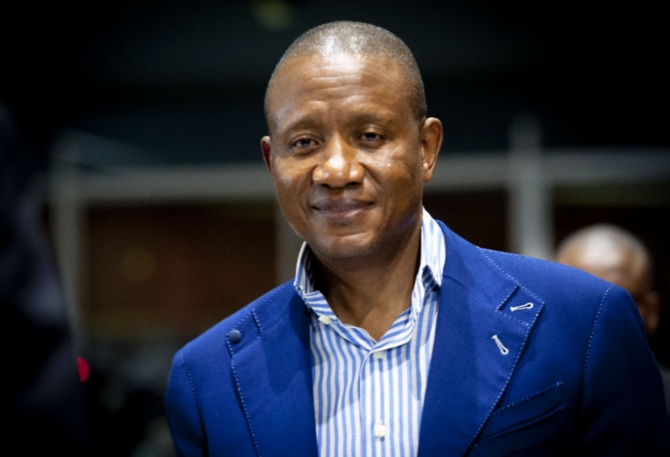 Fana Hlongwane testifies at the Seriti commission of Inquiry on December 11, 2014 in Pretoria. Picture: Gallo Images

The publishers of Sowetan Live and Times Live have been ordered to pay R300 000 in damages to businessperson Fana Hlongwane for defaming him in a series of articles which labelled him a “Gupta fixer” and a middleman in the controversial arms deal.

Hlongwane initially sued the Tiso Blackstar Group (owners of Sowetan and The Times) for R30 million for publishing various articles about him in 2016 and 2017, which he said contained untrue, defamatory and unlawful allegations.

Acting Judge J Hattingh on Monday granted default judgment against Tiso Blackstar after the group failed to defend the claim in time.

The 58-year-old Hlongwane, who is also an admitted advocate, was appointed as adviser to the late former defence minister Joe Modise after returning from exile to South Africa in 1993 and later became a successful business consultant for various big multinational companies, including British Aerospace Plc (BAE) and Rolls-Royce.

Hlongwane stressed in court papers that he only advised Modise on the integration of Umkhonto weSizwe into the SA National Defence Force (SANDF), but never on the procurement of arms.

He says he only became a consultant to UK arms supplier BAE Systems (which won the tender to deliver Grippen and Hawk Fighter aircraft to the SANDF) after the conclusion of the arms procurement transaction.

Hlongwane said the media articles suggested that he had acted dishonestly and corruptly in the acquisition of armament in the Strategic Defence Procurement Package in the 1990s, but ignored the fact that a number of high-profile investigations into the arms deal had cleared him of any wrongdoing.

He pointed out that the Arms Procurement Commission had found no suggestion of unlawful or corrupt activities involving him and that a retired Australian judge had dismissed speculation of corrupt or unlawful conduct and ordered British Aerospace to pay consultancy fees to his company Ngwane Defence in arbitration proceedings.

Hlongwane said the articles were defamatory as they intended to convey – and were understood by readers to mean – that he was a dishonest and corrupt businessperson who obtained unlawful benefits in corrupt transactions by concluding it as commissions.

The defamatory articles had damaged his reputation, causing various international business associates – including BAE and Rolls-Royce – to terminate their relationship and caused South African banks to close his accounts or giving him notice of termination, which would make it impossible for him to conduct business, he added.