One Mandela legacy pitted against another is ‘worrying’

The CEO of the Nelson Mandela Foundation says he is worried that those coming to Winnie's defence are doing so by bedevilling Madiba. 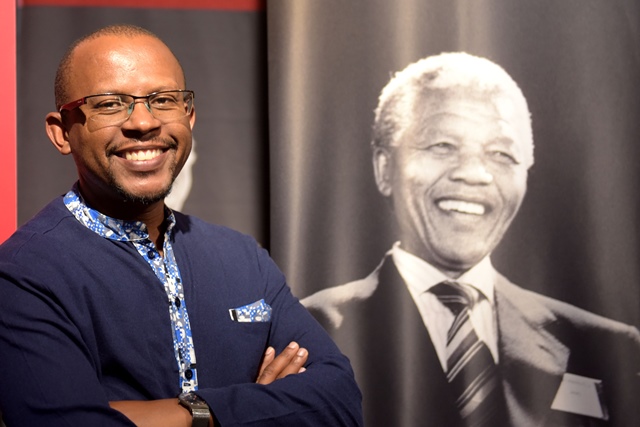 Winnie Madikizela-Mandela’s legacy is now being used against that of Nelson Mandela, says a concerned Sello Hatang, CEO of the Nelson Mandela Foundation.

This is in reference to the sudden proliferation of criticism and denouncement of Madikizela-Mandela’s struggle hero status following her death last week.

Hatang is worried, he says, that those coming to her defence are doing so by bedevilling her former husband.

Surrounded by books, random trinkets and memorabilia, Hatang furrows his brow pensively at Saturday Citizen’s question, while seated at a large table that barely fits in the small basement office.

In a glass box atop a small bar fridge, a pair of large dusty climbing boots he wore when he went up Mount Kilimanjaro in 2015 bear testament to the archivist’s love for preserving and displaying as much history as he can.

“You know it’s interesting, because talking to my colleague this morning after the documentary [Winnie] last night [Wednesday], we have been exploring this question of how humanity wants [things] black and white. Complexity? It has to be either or. It has to be ‘both and’. Madiba is either this god figure or he is the devil. It can’t be anything that has any kind of nuance.

“Similarly, when Mama Winnie passed, there was an upsurge of voices that wanted to bedevil her legacy and that resistant force then came up. But the danger is that one legacy is being used against another. So one must die.”

Madiba’s legacy has been contested, and the foundation has participated in that contestation, he points out. But what saddens him, he says, is that the untruths tend to be the ones that flourish. They resonate, he laments, with people who actually “didn’t give a damn” about either legacy – so they have been empowered to destroy both of them.

Like the international icon whose legacy he is charged with preserving, Hatang shares a profound concern for SA’s youth – especially young children.

Born in a small mining town in North West, Hatang remembers all too well what it was like growing up on the receiving end of racism. His concern now is that young children are soaking up the racism of their parents.

“Using the example of the flag, for instance, the old South African flag, I tend to take myself back to the moment when I was called the K-word for the first time. And one needs to always remember that we have a history. But we tend to disregard that history at the moment someone died and there is a bandwagon that everybody jumps on … And that history is just as important as the future that we want to create. Sizwe Mpofu-Walsh argued recently that apartheid is not dead, it has been privatised.”

Between participating in some of the events ensuring Madikizela-Mandela gets a hero’s send-off, and attending to his commitments as the CEO of one of the most recognised foundations in the world, this has not been an easy two weeks for Hatang. He says it had been one of his busiest and worst two weeks in a long time.

He had returned from dropping Archbishop Desmond Tutu at OR Tambo International Airport, after taking him to Madikizela-Mandela’s Soweto house. Earlier, he had returned from Durban, where he’d given a lecture the previous night .

“I think the word would be emotional … torturous. And I use the word advisedly because it’s torturous in the sense that it’s been emotionally draining just trying to make sense of what’s happening in the world, and my world and the Mandela world … The life and times of Mandela. And of course, I had other commitments I’d made before everything happened. Last night I had to give a lecture at DUT on the intersections of Madiba’s legacy and that of Gandhi and Martin Luther King. Now we changed that to also include Ma Winnie.

He laments the lack of nuance with which discussions are being had about people regarded as icons of history.

“Madiba was a sell-out, nothing but a sell-out for the past two to three years and then there has been some resistance saying no, Madiba intervened at a point that we were at war, a country at war. He saved us from what could have been worse.

“From 1990 to 1993, we lost 14 000 mostly black people. That’s a staggering number. What could have happened if we had continued on that path? And I think it’s sad that we tend to just want to present a particular view of history and no one should contest that history.”

He makes his final remarks before rushing off to another event brewing upstairs: a dialogue on Madikizela-Mandela.