AfriForum to privately prosecute Malema on charges of corruption and fraud

Nel says he will privately prosecute Malema should the NPA decide to not reinstate the case against him and his co-accused. 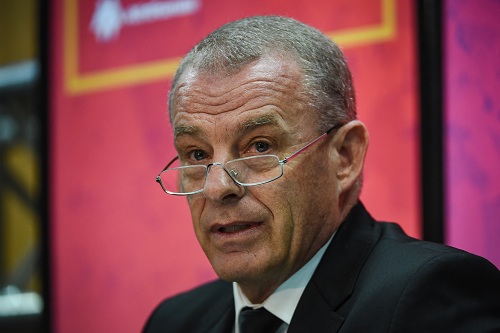 Head of AfriForum’s private prosecuting unit Advocate Gerrie Nel announced on Thursday that they have written a letter to the National Prosecuting Authority (NPA) to reinstate the charges against Malema, which were struck off the roll in August 2015.

The charges come after alleged corruption activity of a company, On-Point Engineering in Limpopo, which Malema’s family trust has interest in.

Bring it on bloody racists, you don’t scare me at all. I’m born ready! No white man will decide my destiny, the poor masses of our people will… pic.twitter.com/nKkjHbXqYv

On-Point Engineering was appointed in 2009 by the Limpopo department of roads and transport for infrastructure development, but allegedly received bribes from successful tenderers.

Nel said they would privately prosecute the EFF leader should the NPA decide not to reinstate the case against Malema, and his co-accused Kagiso Dichabe and Lesiba Gwangwa.

In 2012, former public protector Thuli Madonsela stated in a report, which was compiled after receiving complaints about Malema’s involvement, that the EFF leader improperly benefited from the contract.

But the matter was struck off the roll of the Polokwane High Court after one of Malema’s co-accused, Dichabe, fell ill and was not fit to stand trial.

“Tenders that were won went back into the account of Malema’s family trust. We think it’s a strong case to prosecute, and it is ludicrous that the NPA, two years and eight months later since it was struck, that it is not going ahead, and we believe it is time we intervene and make sure he is brought to book,” AfriForum CEO Kallie Kriel said.