Mbalula says ‘we must get the damn land back’

The former minister of police and sport said on Freedom Day that land expropriation without compensation is topping the ANC's agenda. 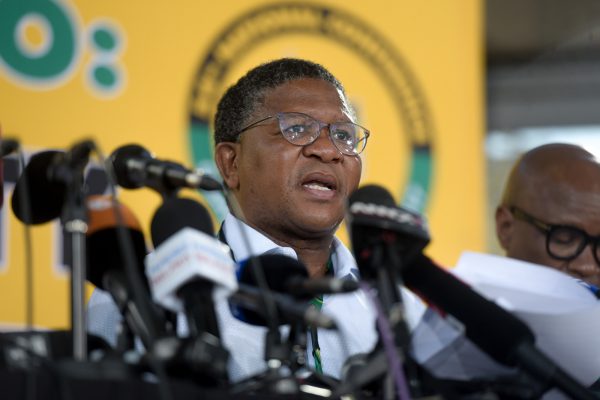 The ANC’s head of elections Fikile Mbalula is very impressed by a new video from rapper Cassper Nyovest that deals with land reform.

He tweeted his admiration for the video on Friday, saying that he was proud of “Ksazobalit”.

He said that on Freedom Day, “We recognize the injustice of the past and commit our movement to the resolution of the ANC Conference to accelerate Land redistribution. Expropriation of Land Without Compensation Top in our agenda.”

Earlier, Cassper Nyovest released his latest music video Day and it enjoyed a lot of attention in particular from the Economic Freedom Fighters for its portrayal of land reform.

EFF leader Julius Malema tweeted: “Thank you very much my brother @CassperNyovest for the powerful music video, the message is very clear that indeed when we get our land #ksazobalit. #WeAreReady #LandIsDignity.”

Thank you very much my brother @CassperNyovest for the powerful music video, the message is very clear that indeed when we get our land #ksazobalit. #WeAreReady #LandIsDignity

In the video Cassper is wearing a farmer’s outfit and dancing among the fields. He also drives an old tractor around, much to the apparent consternation of a big white farmer coming out of his farmhouse.

A hip-hop dance crew does its moves in a field while there’s even a cameo from choreographer and presenter star Somizi driving a big delivery truck.

There’s also more humour in the video, since the farmer starts to join in by dancing and joining a meal at the end of the video.

A cameo of Pearl Thusi on a horse also reveals that the apparent “feud” between Cassper and Thusi on Thursday was nothing more than a publicity stunt.

The message of the song centres on black people reclaiming land.

On Friday, Parliament said it was reviewing the much-debated topic of section 25 of the Constitution to make it possible for the state to expropriate land in the public interest without compensation.

“The National Assembly and National Council of Provinces mandated Parliament’s Constitutional Review Committee to propose the necessary constitutional amendments, where applicable, about the kind of future land tenure regime needed.”