He failed to testify in his own defence last week, believing his lawyers had done enough to prove reasonable doubt. 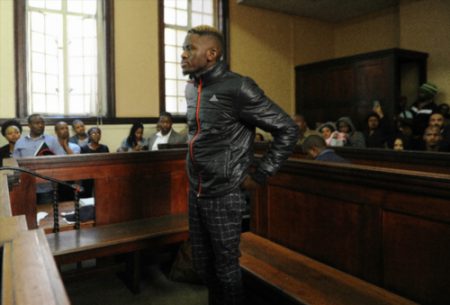 It found that he had stabbed her and tried to cover up the murder by burning her body. He dumped her body in a veld and set her alight in 2017.

Acting Judge Peet Johnson also handed down judgment that he was guilty of defeating the ends of justice and assault to do grievous bodily harm.

He rejected the defence that Mokoena had committed suicide at his Sandton Sky apartment by taking an overdose. He had argued that his victim had cut herself and been depressed after allegedly being raped by the friend of a former lover.

Mantsoe’s argument that he had been the victim of abuse at Mokoena’s hands was also not found to be credible.

He did not testify in his own defence and the judge had asked him if he was aware he could be sentenced to life imprisonment.

“Yes,” Mantsoe, a married father of three, responded. He and his wife are estranged.