The prosecutor argued the case was very important because of the dangers of social media, which the 19-year-old used to lure his victims. 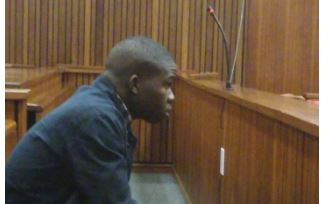 A young Mamelodi man, who became known as the “Facebook Rapist” after luring victims using the photo of a famous soccer player, should be sentenced to life imprisonment, the state argues.

Ndou was earlier convicted on 11 charges of rape and five of robbery after he admitted that between August 2016 and January 2017 he had raped, sexually abused and robbed five young women, aged between 15 and 23. He will be sentenced next week.

Harmzen said the case was very important because of the dangers of social media. Ndou had obtained his victims’ cellphone numbers under the guise of being a soccer star and then convinced them to meet him.

When he met them, he pretended to be the soccer star’s cousin and that he was going to take them to the soccer player but, instead, he led them to deserted spots where he raped and robbed them.

Harmzen argued that rapists did not kill their victims, but murdered their self-esteem and sense of security, which was often worse than loss of life and that youngsters who committed such crimes were a danger to society.

Had it not been for a brave young woman who set up a meeting with Ndou after arranging for police to be there, Ndou would have continued raping and robbing as he thought he would not be caught, she added.

A social worker’s report said Ndou’s family and pastor had described him as a God-fearing child who enjoyed attending church. They were all shocked and could not comprehend why he had committed these crimes.

Ndou told her he could not explain the crimes, but suspected his use of dagga and alcohol had influenced his behaviour. He told her he was relieved when he was arrested because he would have continued committing crimes.

Defence counsel Lillian van Wyk argued in mitigation that Ndou was a minor when he committed some rapes, had pleaded guilty, was a first offender who had spent more than a year in prison and could be rehabilitated.