US sanctions threat against Iran may hit SA hard

An emerging market such as SA can suffer because we depend on business confidence and foreign direct investment, an analyst says. 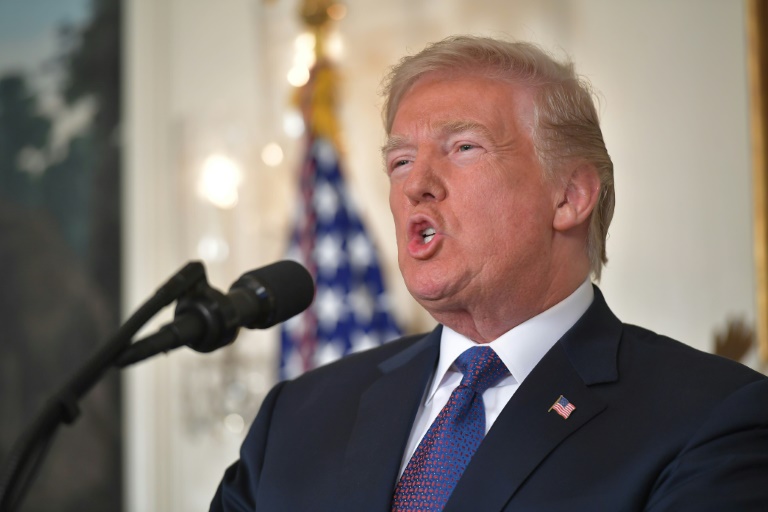 US President Donald Trump’s recent announcements concerning Iran could negatively affect trade relations between South Africa and Iran, but only if he follows through on his threats of sanctions, according to Institute for Security Studies chief executive Jakkie Cilliers.

Trump announced this week that the US was pulling out of a 15-year deal in terms of which Iran committed to stop its nuclear development programme. He added that this would be followed by sanctions on the oil-rich Middle East trading hub.

South Africa has strong and longstanding trade relations with both countries, with the US being South Africa’s third biggest trading partner.

Trump’s threat extended to other nations trading with Iran, as he also said should they not follow suit, sanctions against these countries were on the cards, too.

Cilliers said the effect of these actions on oil prices could undo the boost to the South African economy since President Cyril Ramaphosa took office.

“By backing away from the Iran nuclear deal, Trump is punishing emerging markets and we are an emerging market. Money is already flowing back to the US because of Trump’s tax reforms. These vague global threats could have a very negative impact on an emerging market such as ours, because we depend on business confidence and foreign direct investment.”

South Africa’s Sasol was involved in a joint $900 million (R11 billion) venture with Iran in one of the largest polymer projects in the world. Sasol terminated its involvement in that project in 2013.

Among several other South African companies involved in Iran, MTN Group has a 49% stake in the Irancell consortium, which was awarded the second mobile telecommunications licence in Iran.

It remains to be seen what South Africa’s position on the current diplomatic spat will be.

In the 12th meeting of the South Africa-Iran joint commission held in Tehran in 2016, South Africa condemned the US’s imposition of sanctions against Iran, saying it was irrational and illegal.

But Cilliers said it was too early to predict if Trump would carry through on his threats.

“It is certainly something to watch and to be concerned about. But Trump’s negotiating strategy is usually one of starting off with a threat and then steadily going down significantly from that.

“The difficulty is that when it comes to American products, the US may have a case if there is an export that has American content. Legally, they are able to block that. They can constrain the trading of products including any American technology.”

Europe, he added, was likely to push against Trump’s pronouncement and attempt to keep the nuclear deal going.

This week, European leaders urged Iran to continue to abide by the agreement to freeze its nuclear programme, despite Trump’s stance.

Iran’s supreme leader Ayatollah Ali Khamenei reacted to Trump’s announcement by suggesting that they would possibly resume the nuclear programme and accused Trump of lying.

Iran’s President Hassan Rouhani said he wanted to negotiate with the Europeans, Russia and China on terms for continuing the deal, but the door was now open to resume the nuclear programme.

ANC and DA likely to shed some votes to Mashaba - analyst
6 days ago
6 days ago
PREMIUM!

No matter what ANC fails to do, it remains electorally powerful
1 week ago
1 week ago

ANC and DA likely to shed some votes to Mashaba - analyst
6 days ago
6 days ago
PREMIUM!

No matter what ANC fails to do, it remains electorally powerful
1 week ago
1 week ago