Malema: At least in SA we are free to call Zuma a butternut head

The EFF leader was dishing out insults on Africa Day, but had particular scorn for the continent's dictators. 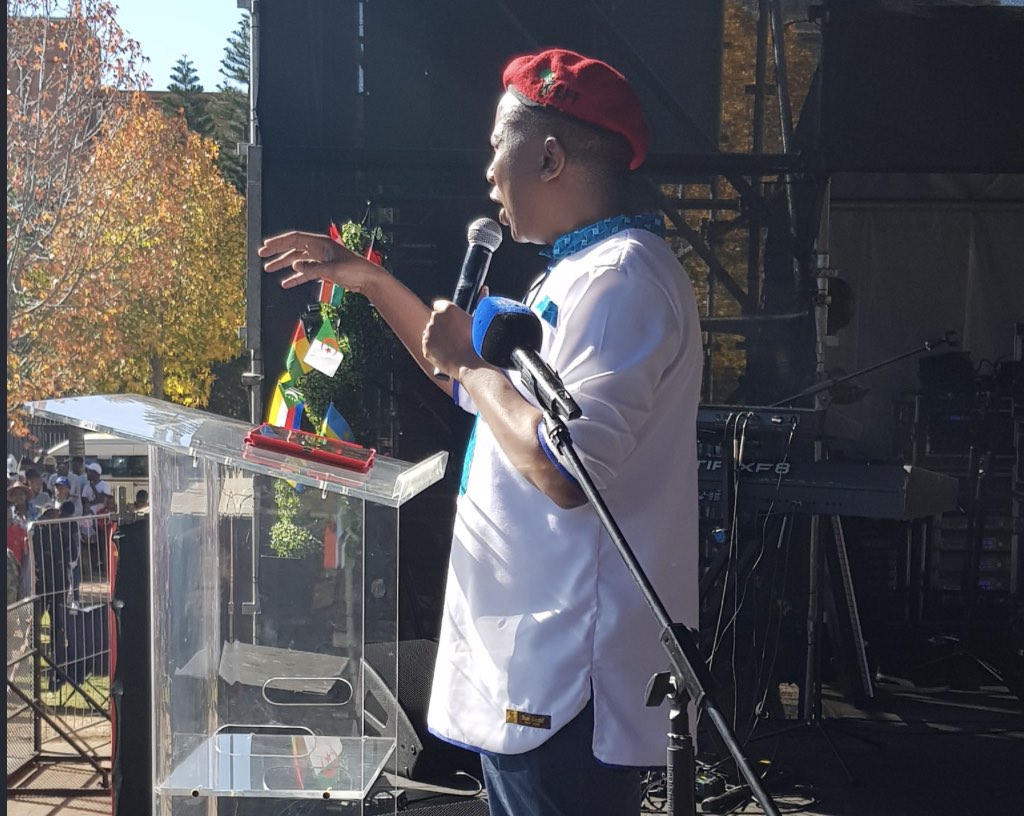 Taking pot shots on Friday at President Cyril Ramaphosa and former president Jacob Zuma, Economic Freedom Fighters (EFF) leader Julius Malema said South Africa should be grateful it had the freedom to say “Zuma’s head looks like a butternut” and that Ramaphosa wanted to be born to the “Van der Merwes”.

He said that while Africa was celebrating Africa Day, the people of Angola were being abused.

“The people in Angola can’t choose a government of their own without any form of intimidation.

“In another is a crazy law where they say you can’t critique the president. Imagine if that law was in South Africa, we would be in jail – because of all of us who said Zuma’s head looks like a butternut,” said Malema.

He said people should stop loving what white people loved because they remade themselves in the image of their colonisers.

He said Ramaphosa was worth billions and should take half his fortune and give it to the poor – not just half his presidential salary of R3.6 million.

“Ramaphosa is too white. That’s why he even blames his parents for being black. ‘Why am I not born in the Van der Merwe family or something?’” Malema said jokingly, to the enjoyment of the crowd in Pretoria.

He also took a swipe at the newly renamed eSwatini’s King Mswati III, saying the monarch should leave politics to the politicians and stop imprisoning his critics.

“Continue marrying, as you want to marry many women. It is fine; it’s your own problem. But release the political prisoners in Swaziland.

“We want total freedom in Swaziland. We don’t want a king to interfere with the freedom of the people of Swaziland.”

Allow the people of eSwatini (“what a beautiful name”) to be free, he said.

“This dictator of Swaziland, he knows better than the ANC and he changed the colonial Swaziland to eSwatini. South Africa still doesn’t have a name. It’s not a name; it is a direction south of Africa.

“That name will be given to the country when we take over and we shall declare the country Azania. There will be no DF Malan Street, no Verwoerd Street. The ANC is useless and even failed to just change a name and put in African names,” he said.

Malema said that when the EFF took over, they would rename the streets after struggle heroes such as Muammar Gaddafi and Thomas Sankara.

He encouraged his supporters to register for the upcoming election and bring the ANC down at the polls by voting EFF.

“Let us destroy the ANC. Let us kill the ANC.”

Did EFF outfox DA and ANC in Johannesburg and Ekurhuleni?
6 days ago
6 days ago

Did EFF outfox DA and ANC in Johannesburg and Ekurhuleni?
6 days ago
6 days ago