The two organisations met as the Constitutional Review Committee is taking written submissions until Friday on the amendment of the property clause. 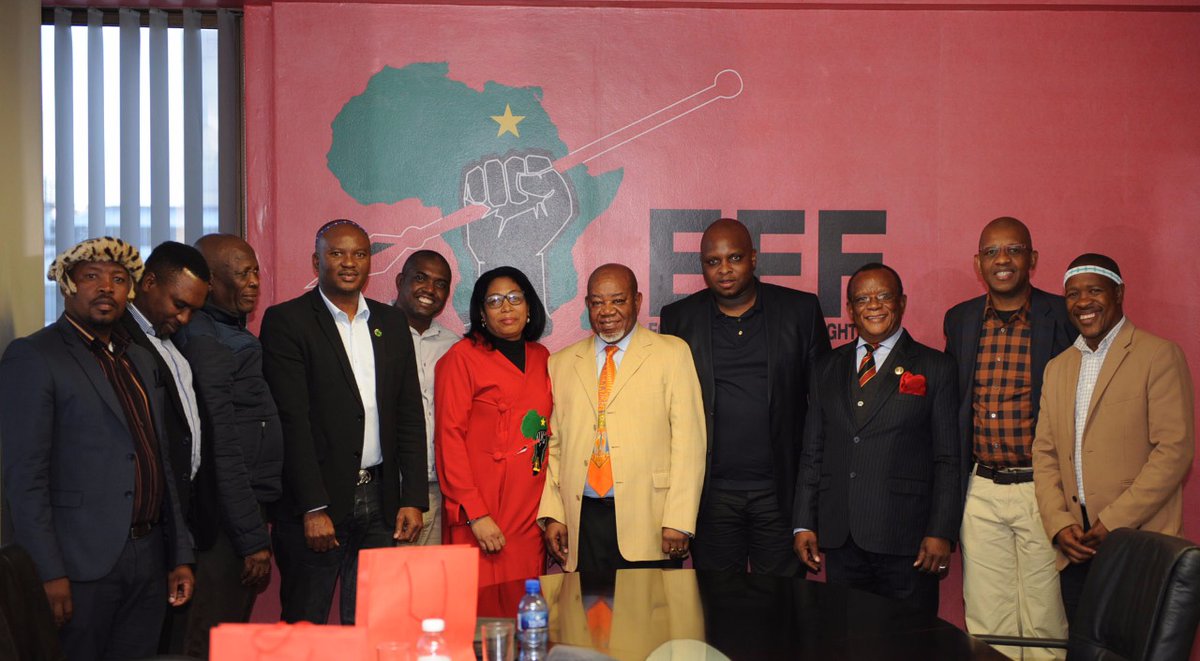 Land expropriation without compensation advocates Economic Freedom Fighters (EFF) are met with leaders of the Congress of Traditional Leaders of South Africa (Contralesa) to discuss the policy.

EFF Leadership having an introductory meeting with Contralesa about Land Expropriation without Compensation. pic.twitter.com/koQrgxGD5B

The leaders of the red berets met with traditional leaders today to discuss land expropriation without compensation at a time when the Constitutional Review Committee is taking submissions on the review of section 25 of the Constitution – the property clause.

The committee recently extended the closing date for written submissions on the section to June 15.

Earlier this month, the Mail & Guardian reported that Contralesa was of the view that expropriating land under the charge of traditional leaders would amount to “neo-colonialism”.

The publication reported that Contralesa said communal land owned by black people should not be expropriated as it is “not part of the land that was stolen by colonialists”.

According to the report, Contralesa is also opposed to granting individual titles to those living on communal land under the jurisdiction of traditional leaders as this could lead to the risk of people selling the land for financial gain.

Other proponents who reject the expropriation of land controlled by traditional leaders are the IFP’s Chief Mangosuthu Buthelezi and Zulu king Goodwill Zwelithini.

Zwelithini called on his subjects to rise up and defend land under the Ingonyama Trust – of which he is the sole trustee – after parliament voted in favour of an ANC-amended EFF motion on land expropriation without compensation.

According to its policy, the EFF wants all land ownership and custodianship to be transferred, without compensation, to the state so it can be used “for sustainable development purposes”.

The party says that once the land is controlled by the state, individuals using the land currently and those with the intent to do so would apply for land use licences for 25-year periods indicating how they would make use of the land.

The policy further states that no one should be allowed to own land forever, adding that, in summary, the state would provide extensive support for agrarian activity and small-scale farmers.

Last week, the Constitutional Review Committee held an academic conference on the property clause and land expropriation without compensation.

The seminar was intended for the committee to gather input from, among others, land rights attorneys, the agricultural sector, the banking sector, the land bank and academics.

We have a lot of land questions that we need to confront, says @RuthHallPLAAS pic.twitter.com/gXz5UFaYTw