Passing of Joburg budget a ‘signal’ that ‘EFF holds the reins’

The mayor, however, says the City of Joburg is run by a multiparty government coalition that accommodates the views of all the political organisations in it. 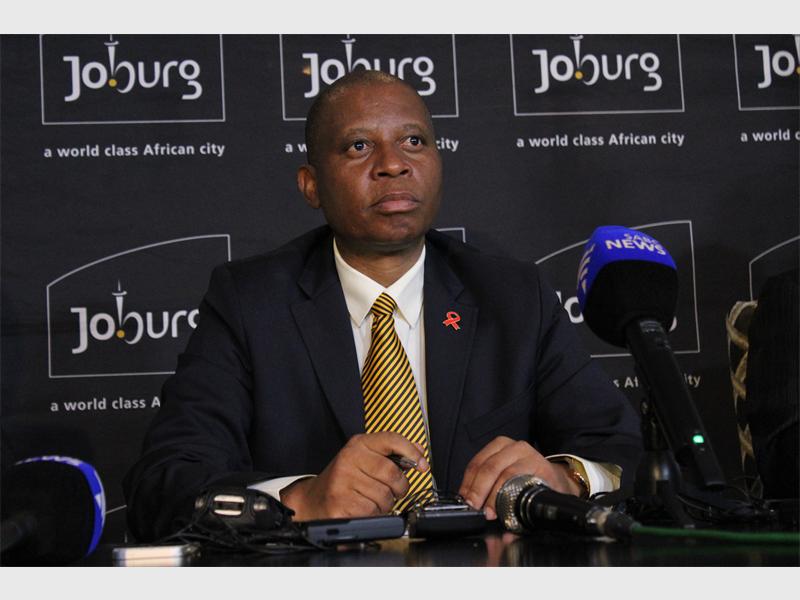 Economic Freedom Fighters (EFF) leader Julius Malema today retweeted an image of City of Johannesburg Mayor Herman Mashaba that had been edited to depict the Democratic Alliance (DA) politician as the red berets’ frontman in the metro’s council.

This comes after the City’s budget was passed yesterday following weeks of rejections of proposed tariff increases that have left the City unable to pass its budget because of the EFF abstaining from the vote. The EFF had been calling for lower water and electricity tariffs for Johannesburg residents.

Mashaba’s concession led to suggestions that the EFF holds sway over the DA mayor and are in control of the coalition government presiding over the city.

Mashaba, however, described this notion as irresponsible, saying the people of Johannesburg were the ones who had voted for a multiparty government during the last local government elections in 2016.

Speaking on Radio 702 this morning, Mashaba said this meant the views and positive contributions of political organisations in a multiparty government should be accommodated.

“EFF, or any of the parties I work with, they give me constructive, positive contribution, and I will act in the interest of society because it is society, the residents of the city of Johannesburg, that decided on this multiparty government, so when the EFF gives me a positive contribution, I don’t have to reject it cause I’m arrogant. I don’t run an arrogant government, I run a government that is responsive to the views of our residents [and] because the EFF represents a constituency, that constituency has to really be listened to,” the Joburg mayor said.

The @CityofJoburgZA MMC of Health who, without mandate, spoke in the Friends of Israel meeting and said that Johannesburg is Friends of Israel is suspended with immediate effect after the demand of the @EFFSouthAfrica. Bravo to Mayor @HermanMashaba for decisive leadership. pic.twitter.com/wU4sS5xHXm

Phalatse, Johannesburg’s health MMC, had expressed solidarity with Israel on behalf of the City without consulting and without approval from the DA, federal leader of the party’s student organisation Yusuf Cassim told the African News Agency on Tuesday.

The EFF said it had been deeply disturbed by Phalatse’s comments, calling for Mashaba to remove the councillor from the mayoral committee.

We call on the Mayor to remove Murderous Apartheid Israel’s friend, MMC for Health and Social Development Mpho Phalatse. pic.twitter.com/nrUAmKB6O9

Shivambu tweeted his praise of Mashaba’s decision, which has also solicited admiration from ANC’s Gauteng MEC for education Panyaza Lesufi. The education MEC said the suspension was proof that the EFF was in control of the City, considering that Mashaba made the announcement after the red berets called for Phalatse’s head.

I like this lime Cde @FloydShivambu ..is suspended with immediate effect after the demand of the @EFFSouthAfrica !So you’re in total control

Shivambu responded by saying the EFF would only run the City after next year’s general elections.