Faecal matter was found in at least three different areas in the couple's hotel room. The state say this shows Susan Rohde was murdered. The state is attempting to use the discovery of faecal matter in the hotel room where Susan Rohde’s body was discovered to prove she was murdered, IOL reports.

This has led the state to conclude that Susan Rohde was murdered and then dragged to the bathroom. They are arguing her husband then staged her suicide.

The state took the defence’s forensic expert, Dr Reggie Perumal, to task about this in the Western Cape High Court on Thursday.

Perumal explained it was possible that the presence of faecal matter could be explained by sphincter incontinence, which is when the body involuntarily releases secretion.

According to the doctor, this is a common occurrence when asphyxiation leads to a lack of oxygen to the brain.

During the trial, inconsistencies between the account of Jason Rohde himself and that of hotel maintenance man, Desmond Daniels, have been uncovered.

Rohde has been adamant that his wife was found naked, while Daniels claims she was wearing a dressing gown at the time.

Perumal said the gown should be stained, depending on the amount of secretion there was.

There were no faecal traces on the gown nor at the back of the bathroom door, but soiling was present in her buttocks.

He said its presence in other areas in the room could be due to someone stepping on it and transferring it.

“The only explanation is contamination. Someone in the bathroom had stepped on stool and then walked out with it. I can’t find any other explanation for it,” Perumal said.

Perumal did, however, concede that it was possible Susan’s body had been dragged from the bedroom to the bathroom.

“If there was soiling present on Mrs Rhode, and she was carried and dragged over this area, then it would have been transferred in that fashion.” 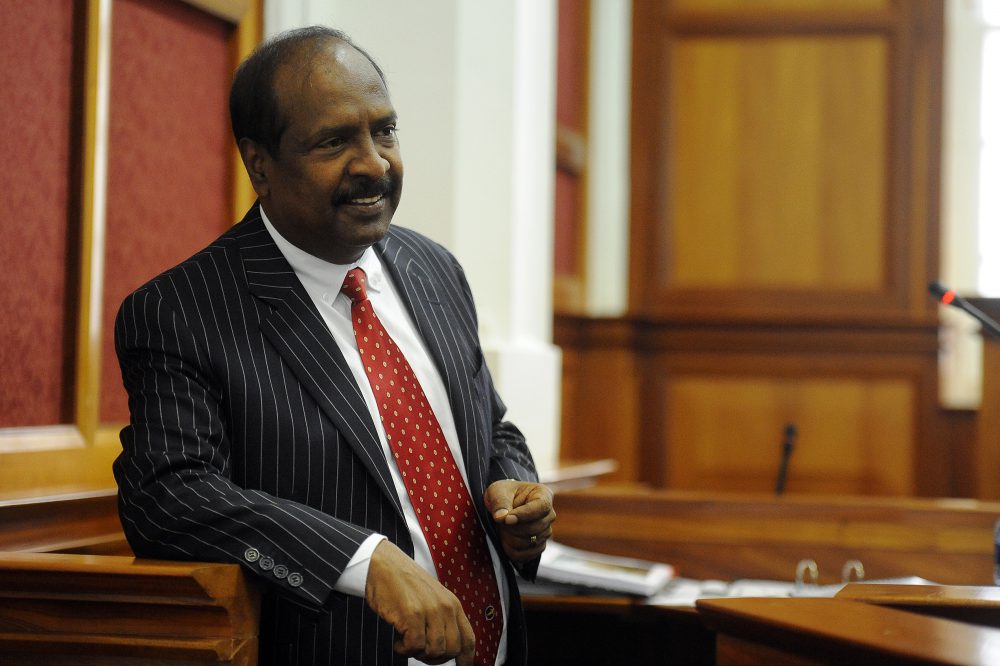 On Thursday, state prosecutor Louis van Niekerk also questioned Perumal’s objectivity, asking if he was “slanting towards a certain position – the version of the accused”.

Perumal denied this, saying: “I am before the court as a professional, a scientist expressing opinion. All I have said is purely based on science. This is as objective as I can be.”

Former property company Lew Geffen Sothebys CEO Jason Rohde is accused of strangling his wife and staging her suicide. She was found hanged with an electrical cord from a hook behind the bathroom door of the hotel room they shared.

The former CEO has been adamant that, rather than being murdered, his wife committed suicide after finding out about an extramarital affair he had been having with his colleague, Jolene Alterskye.

The property mogul’s fate could come down to the forensic evidence presented in this trial.