Vusi Nhlakanipho passed away tragically aged 25, but we know very little about him, including what he even looked like. A picture of Vusi Nhlakanipho Zuma uploaded to Twitter, though it's unclear if this picture really is of him either.

We know Vusi Nhlakanipho Zuma, one of Zuma’s sons, passed away at the young age of 25 last night.

We also know that he is the youngest product of Jacob’s Zuma’s marriage to Kate Mantsho Zuma, whose life also ended tragically when she committed suicide in 2000.

This is the union that produced probably Zuma’s most famous (or arguably infamous) son, Duduzane, as well as Duduzane’s twin sister Duduzile. 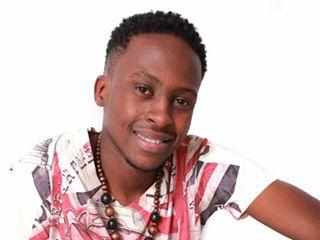 A picture said to be of Jacob Zuma’s late son Nhlakanipho was verified as being of someone else. Picture: Twitter.

Zuma’s third wife had five children in total, the late Nhlakanipho and aforementioned twins as well as the eldest Mxolisi and their sister Phumzile.

Other than that, we know very little about Nhlakanipho, who throughout his life managed to stay out of the spotlight, a considerable achievement considering the constant media attention his father, and brother for that matter, had been subjected to.

Happy fathers day to my father His Excellency Jacob Gedleyihlekisa Zuma same to you and yours.

A picture circulating of Nhlakanipho on Twitter is actually of someone else, according to Parent24, who verified that it is indeed not him after a woman contacted them saying it was of her son, not the late child of ex-President Jacob Zuma and Mantsho. What some thought to be Nhlakanipho’s Twitter account, @VusiZumaN, is now considered a hoax since it uses the very pic Parent24 later confirmed as belonging to someone else.

Despite this, the pic has been widely circulated. Another picture, posted by Twitter user Tumi Mmakgabo, may, however, be of the real Nhlakanipho.

Before his tragic, early passing, slightly more was known about Phumzile, his sister born before him, who like her late brother is also known for avoiding the limelight. She is reported to have studied at Wits and to have joined the Church of Scientology. She is known to have given a speech at the opening of the Scientology Life Improvement Centre in Johannesburg in March 2010.

No such details are easily available when it comes to Vusi.

The most personal tribute at the time of going to print was from Nelson Mandela’s former aide Zelda La Grange, who tweeted: “Oh my word. This is terrible. Vusi was a beautiful child. We saw him grow up.”

When approached for comment, though, La Grange only said “He was a sweet boy but I haven’t seen him in probably 15 years so cannot claim to have known him.”

“Nhlakanipho Zuma was a dedicated and a humble activist who took a keen interest in the livelihoods of our people”, the ANC’s spokesperson, Pule Mabe, told the Times.

But very little more is currently known about what work the late Nhlakanipho was involved in.

The cause of his death is also not confirmed at this time, with official word being only that he passed away after a short illness.

We have reached out to various sources and will continue to update this story as we find out more about Vusi Nhlakanipho Zuma, in the interests of offering a fuller portrait of who this enigmatic member of the Zuma family was.