Rhino poaching charges against alleged gang members to go ahead

The accused face more than 1 600 charges ranging from racketeering to illegally hunting rhino and dealing in rhino horn. 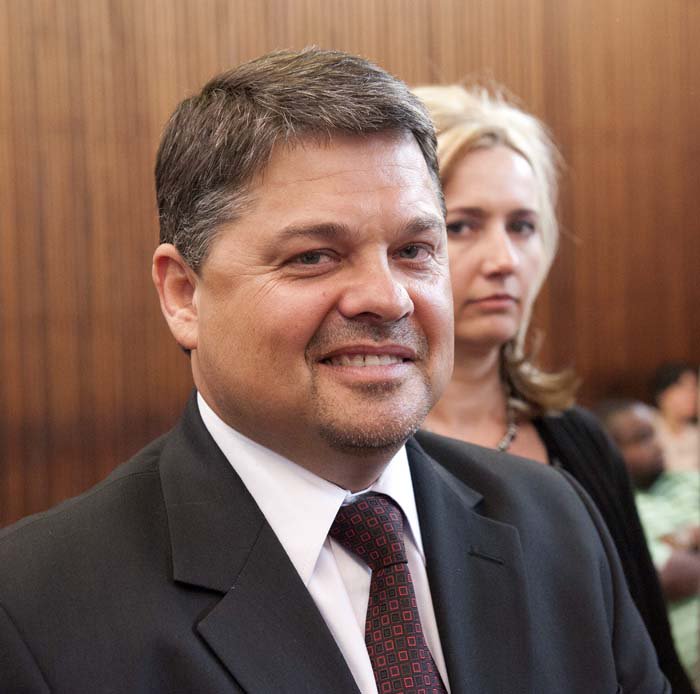 An application by two alleged members of the so-called Groenewald rhino poaching gang to stop their prosecution pending the outcome of a constitutional challenge to the charges has been dismissed.

Veterinarian Karel Toet and professional hunter Nardus Rossouw asked the court to strike the criminal case against them and six co-accused off the court roll because of the alleged unreasonable delay of their trial.

Toet and Rossouw maintained a constitutional challenge to the charges launched earlier this year by fellow accused Polokwane game farmer Dawie Groenewald could result in their trial being delayed for many years to come with no definite date when it would start.

A provisional trial date has been set for February 2021.

Rossouw, whose bail was withdrawn because he allegedly committed more crimes while out on bail, said this could result in his almost indefinite incarceration.

The accused, who were arrested in 2010, have appeared in the magistrate’s court more than 20 times and their trial was postponed on numerous occasions after it was transferred to the high court in 2013.

Their trial was on three occasions postponed to await the outcome of a constitutional challenge to the moratorium on domestic trade in rhino horn by rhino baron John Hume.

Several of the charges were withdrawn against them after the Constitutional Court lifted the moratorium, but they still face over 1600 charges ranging from racketeering and money laundering to illegally hunting rhino, dealing in rhino horn and contravening the Biodiversity and Prevention of Organised Crime Acts.

Judge Ramarumo Monama dismissed the application by Toet and Rossouw, saying it was based on speculation and had been brought in bad faith. He said no-one but the accused were to blame for the past delays in the trial.

The Judge said the two were aware of Groenewald’s application, did not oppose it and in fact supported it and could not now use it to have their case thrown out on the basis that it would prejudice them.

He severely criticised their legal representatives for not properly placing the full record of the trial before court, not serving their application on the other accused and giving the state only a day to oppose it.