Victim texts for help before murder in Western Cape

The victim had multiple stab wounds to the left side of her chest and her throat was partially slit. 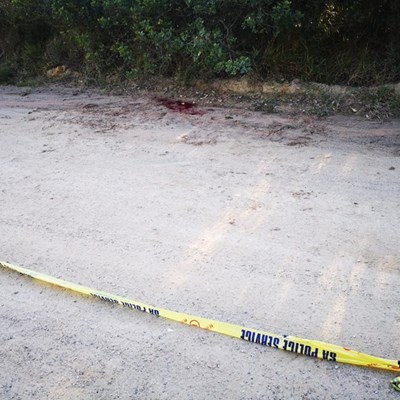 The area where the body was found.

Police are yet to confirm the identity of the young woman who was found murdered near Herold’s Bay yesterday, July 5, reports George Herald.

It is believed the woman, in her early/mid-20s, is from Thembalethu, and went for an interview at the George Airport yesterday. She apparently took a lift with a male acquaintance and two coloured men in a white Polo with a CBS registration number plate.

READ MORE: Suspect to appear in court for murder of George woman, 77

The George Herald is in possession of a WhatsApp message believed to be from the victim to a friend, in which she asks that the friend urgently contact the police. She mentions the interview and that it went well, and says the men offered her a lift, indicating that they were going to Herold’s Bay to a girlfriend of one of the men.

The message to the message reads: “They took a right turn ufike e Herold’s Bay, it’s a gravel road. They are threatening to kill me if I don’t sleep with them now. They are outside the car right now please please talk to the police. I can’t make any call cause they will see me. The are driving a white polo CBS….”

A fisherman discovered the woman’s body yesterday afternoon on the gravel road leading to Voëlklip.

Captain Malcolm Pojie, the Southern Cape police spokesperson, said the victim had multiple stab wounds to the left side of her chest and her throat was partially slit.

“As we speak, the investigation officer is busy verifying the identity of the victim. We can’t reveal her name until her family have been informed. We are investigating and following up on all leads. The preliminary autopsy shows that she died of her injuries.”

On being questioned whether the police were also investigating a case of rape, Pojie said at this stage there was no indication that supports this. “The victim was fully clothed when her body was discovered.”

The police appeal to the public to come forward with information that can assist in the investigation. Contact Sergeant Lindeni Ndwenkuku at George police detectives on 044-803-4717.