Pretoria shoot-out street was off limits for both taxi bodies

Five taxi drivers from the Menlyn Taxi Association were shot and wounded, with one remaining in hospital. 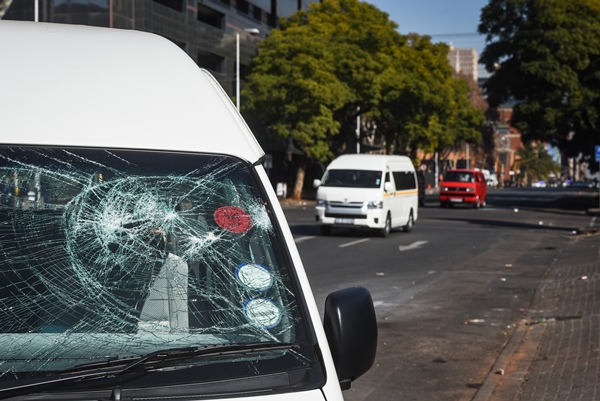 Following the Pretoria taxi war that left five people with gunshot wounds earlier this week, it appears neither of the rival taxi associations had the right to pick up passengers in the drop-off bays on Madiba Street.

Tshwane MMC for transport Sheila-Lynn Senkubuge held an emergency meeting with the leadership of the Mamelodi and Menlyn taxi industry on Thursday after gunshots were fired in the CBD earlier that day. Two taxis were torched and several others damaged.

Five taxi drivers from the Menlyn Taxi Association were shot and wounded, with one remaining in hospital.

It is alleged the violence was sparked by fights over the parking bays on Madiba Street just after Sisulu Street, but Senkubuge said neither taxi association had the right to be there.

“In fact, the area in dispute was allocated as a drop-off zone for all taxis using Madiba Street, and not meant to pick up passengers.”

The Menlyn Taxi Association drivers have been instructed to remain at pick-up points along Sisulu Street between Johannes Ramokhoase and Madiba streets for people travelling towards Arcadia, Hatfield and the eastern suburbs. The Mamelodi Taxi Association will be located on Sisulu Street, between Helen Joseph and Pretorius streets, for those travelling to Mamelodi, she said.

“The industry leadership apologised for the incident and committed to working with the city to resolve differences. They condemned the incident and urged their members to conduct themselves in a manner that promotes peace, law and order,” she said.

The drivers are pointing fingers at each other for the altercation that left major roads in the CBD closed to traffic.

The driver said he was not scared to return to work.

“But we didn’t work [yesterday] because the road is closed for us to pick up. They just want us to drop them off. We are now being affected all because of parking.”