Msimanga warns Metro cops: crash your new bakkie, you pay for it

Mayor Solly Msimange handed over 103 new bakkies to protect cables in his city – but their drivers had better be careful. The days of Tshwane Metro Police Department (TMPD) officers wrecking their vehicles and not paying for it are coming to an end after the city unveiled 103 new Ford Ranger bakkies to be used in their specialised anti-cable theft unit.

The branded vehicles were handed over to the members at the TMPD headquarters in Pretoria yesterday, but not before mayor Solly Msimanga scolded officers for driving their fleet recklessly.

He sent a stern warning to TMPD members who often wrecked vehicles in a matter of months and expected to get away with only a slap on the wrist.

“We can only do so much to ensure you don’t get packed in a Quantum while we have vehicles that you write off in a space of three months. You know the number of vehicles you have written off.

“It is not going to be a quick accident report and we forget about it. If we find negligence on your side, you will take full responsibility for that. We cannot use taxpayers’ money to [reward] negligence,” the mayor told the officers. 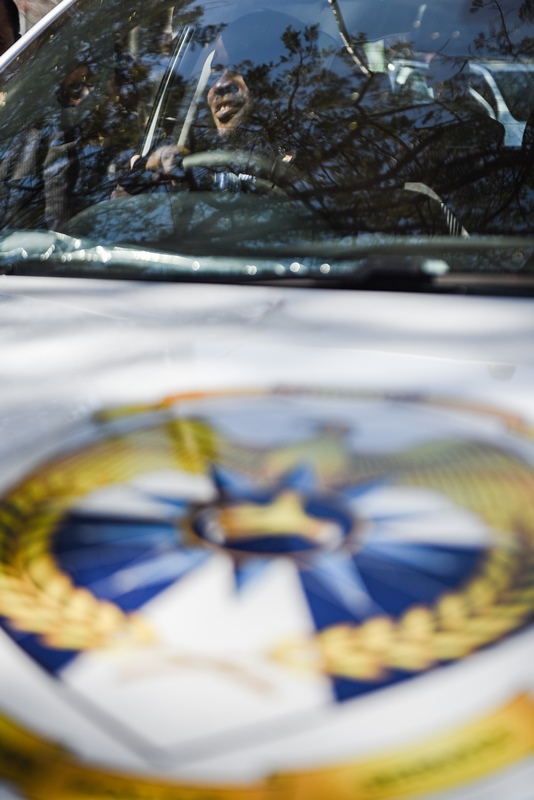 TMPD spokesperson Senior Superintendent Isaac Mahamba said a committee had been established within the department to assess accidents and ensure accountability.

“If there is negligence from our members, they are going to have to pay from their own pockets. We can’t keep resourcing them, only to find they are driving recklessly. They must take responsibility,” Mahamba said.

The new vehicles would be dedicated to the anti-cable theft unit to assist in curbing the scourge of cable theft in the city. Tshwane mayor Solly Msimanga, centre, with MMC for roads and transport Sheila Senkugube, left, and MMC for Community Safety Derek Kissundooth during the unveiling of the 103 new vehicles to be used by the Cable Theft Unit, 24 July 2018, TMPD headquarters, Pretoria. Picture: Jacques Nelles

Between January and July this year, at least 1 654 cable theft incidents have been reported, costing the city close to R60 million.

TMPD members have been using vehicles from the city’s electrical and water departments, which would soon be returned for their rightful purpose.

But Msimanga continued to warn the officers to adhere to their duties.