The former minister says the ruling party should support people living on communal land so they can benefit from it through agricultural activity. 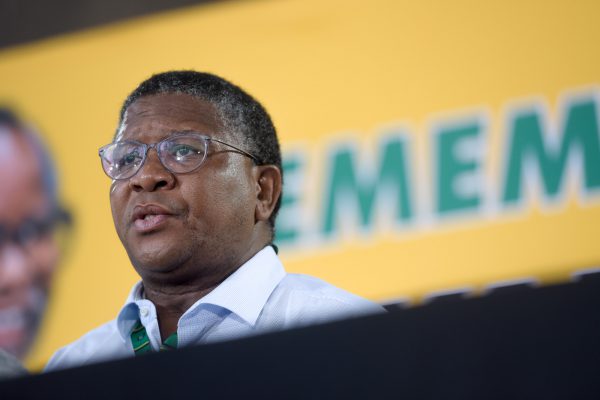 African National Congress (ANC) head of elections Fikile Mbalula, also former Cabinet minister, told the people of Mthatha, in the Nyandeni subregion of the Eastern Cape, that the organisation would not expropriate communal land.

The residents were attending the governing party’s Thuma Mina rally in the area on Saturday, where Mbalula said: “It is foolishness that is being spoken that the ANC will take communal land.

“How could we take people’s land?

“This is your land, we should support you so that you can farm here, and we bring the implements. That is what we must do, that is the delivery we want,” the former minister said.

Mbalula said land that should be expropriated was land that was “not in the hands of our people”.

The joint Constitutional Review Committee has been holding public hearings on the possible amendment of section 25 of the Constitution to allow the state to expropriate land without compensation in the interest of the public.

This after the National Assembly and the National Council of Provinces resolved earlier this year to mandate the committee to review the section.

The section could be amended after Parliament voted in favour of an Economic Freedom Fighter’s (EFF) motion on land expropriation.

Mbalula said land expropriation without compensation was an ANC programme that was championed by party president Cyril Ramaphosa, but was now being expounded by other organisations.

The Daily Sun reports Mbalula said should land expropriation with compensation be implemented, land under the jurisdiction of traditional leaders would not be expropriated.

Mbalula took a swipe at Congress of the People (Cope) leader Mosiuoa ‘Terror’ Lekota, who is vehemently opposed to land expropriation without compensation.

“Cope’s Terror Lekota looks like he is losing his mind because he does not want land expropriation without compensation. We aren’t equal,” Mbalula was quoted as saying.

The land expropriation without compensation issue has been a serious bone of contention, particularly for Zulu king Goodwill Zwelithini, who vowed to protect the land under his custodianship.

Talks about land expropriation without compensation led to the king threatening to leave South Africa to form an independent state with his followers.

However, Ramaphosa reassured the Zulu king that neither the ANC nor government wished to expropriate the land under his custodianship through the Ingonyama Trust.

More recently, the king and Afrikaner lobby group AfriForum agreed to cooperate, including on land expropriation.

The EFF also had to make concessions to traditional leaders’ body Contralesa, saying they would rethink their policy of total expropriation of land, including that of land already under the control of black people, particularly chiefs and kings. They also agreed to cooperate and continue with mutual task teams and dialogue.