Another cash-in-transit heist reported in KZN

One firearm was recovered at the scene. 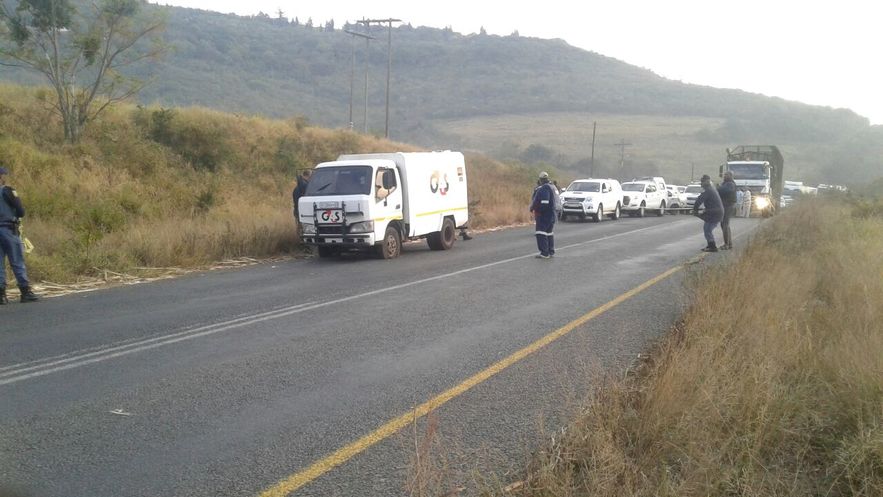 A manhunt is under way following a cash-in-transit heist that took place on Wednesday morning near Mfuli Game Ranch on the R34, in the Nkwalini area between Empangeni and eShowe, Zululand Observer reports.

According to reports, a G4S vehicle came under fire by suspects using high-calibre weapons.

One high-powered rifle was recovered at the scene. No one was injured in the incident.

It is unclear how many suspects were involved or if any money was taken during the shootout, however, the Zululand Observer can confirm that police are in pursuit of the suspects.

A portion of the R34 is closed as the scene has been cordoned off to allow for forensic investigators to conduct their work.