Government is reportedly working with the major mobile operators in an attempt to offer affordable data prices. 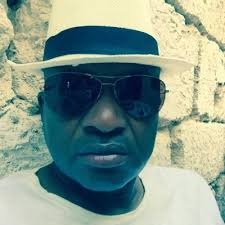 At the ANC national executive committee lekgotla, the party declared affordable data a priority, The Sowetan has reported.

A cabinet lekgotla set to be held on Tuesday will see the discussion of decisions made at the NEC gathering held two weeks ago in Irene, Pretoria.

The department of telecommunications and postal services is reportedly working with mobile operators including Vodacom and MTN in an attempt to offer less expensive data prices.

“Government acknowledges that the operators in this sector need to make a reasonable return on their investment, but this must be balanced by the need to get more South Africans on the internet,” said Qoza.

“Government’s policy is oriented towards encouraging competition in the sector because we believe the prices will come down when we have more players in the market,” he continued.

READ MORE: Icasa says your data won’t be allowed to expire any more

Kekana said the ANC wanted government to give a policy directive to the Independent Communications Authority of South Africa (Icasa) on the high cost of data by the end of October.

“We considered everything related to data in South Africa. Prepaid started in SA, but prepaid today is not the cheapest in comparison to other countries. Prepaid is mainly used by young people and students,” he said.

The ANC’s call for cheap data comes as consumers await the outcome of the Competition Commission’s investigation into why the cost of data is so high. The inquiry is set to be released at the end of this month.

The ANC also wants all SABC channels that are currently part of DStv to become free to air, and have resolved to have SABC 1, 2 and 3 as well as the parliamentary channel removed from the DStv bouquet.

“We are calling for the review of the ‘must carry’ policy,” said Kekana. This policy, passed in 2008, states that all subscription-based broadcasting companies with more than 30 channels must carry the SABC’s free-to-air channels.

Kekana said the ANC wanted Parliament TV available to the majority of South Africans, saying it was currently seen by too few people.

“We want TV for the masses, not for the elite,” Kekana said.

“If Parliament TV is watched by the majority, it will improve our debate. Our ministers must talk to the SABC,” he continued.

The ANC also agreed to attempt to get government to roll out free Wi-Fi hotspots throughout the country.