Three women and a security guard battled a blaze in Roodepoort, after waiting for the fire truck for an hour and a half. 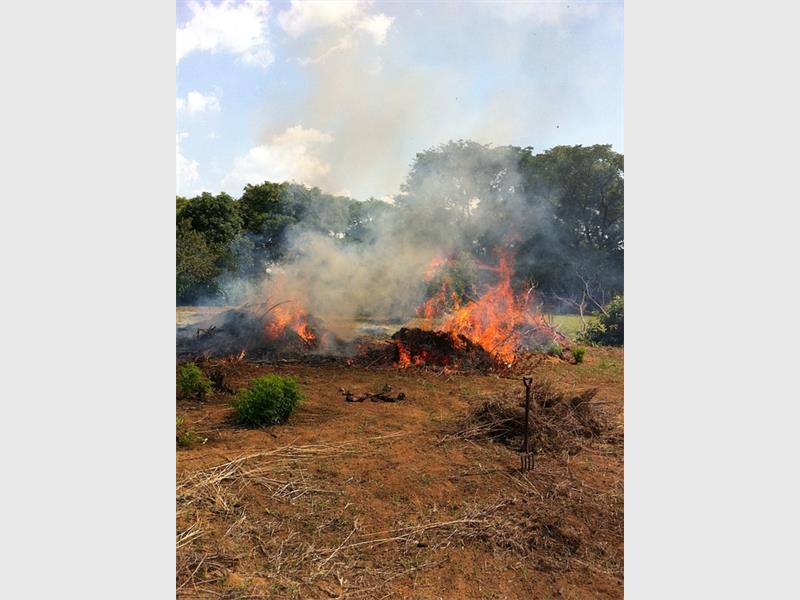 Horison resident Charmaine Branco felt she had no choice but to laud the bravery of three women, her neighbours, and an ADT response officer who put their lives on the line last weekend, during a raging veldfire, she told Roodepoort Record.

The drama started on Saturday, when, according to CCTV footage, several children were playing with matches in the veld adjacent to Van Santen Street, close to the Virgin Active gymnasium. A fire started, but was put out by Emergency Management Services (EMS) after Branco called it in. However, it allegedly took the fire truck an hour and a half to arrive and although they brought the fire under control, they did nothing to curb the ongoing smouldering.

On Sunday, due to the extreme wind, the smouldering grass quickly turned into a raging inferno, posing a real threat to nearby properties. Several residents hastily called the fire brigade, including Branco, who was put on hold for 39 minutes. However, no fire truck arrived.

That is when three related female residents – Klokkie, in her late 30s and Linda and Anette Volschenk, both in their late 50s, and an ADT response officer known only as Jan literally got into the thick of things, using everything from hose pipes to buckets and wet blankets to put out the fire.

“I could not get closer than 500 metres to the fire, and was amazed at these four people, who were right among the flames, fighting the fire. How they did not succumb to smoke inhalation or burn wounds is a true miracle. I tip my hat to their bravery, especially in the light of it being Women’s Month,” said a gobsmacked Branco.

The fire started at about 11.30am, and was only brought under control about two hours later.

When asked whether she was afraid, Anette Volschenk said: “I was not even thinking. I think I we just acted instinctively.”

The Roodepoort Record is in the process of obtaining comment from EMS regarding the incident and their response to it.