Various organisations have paid tribute to Zondeni Veronica Sobukwe, who lost the battle against a long illness on Wednesday morning. 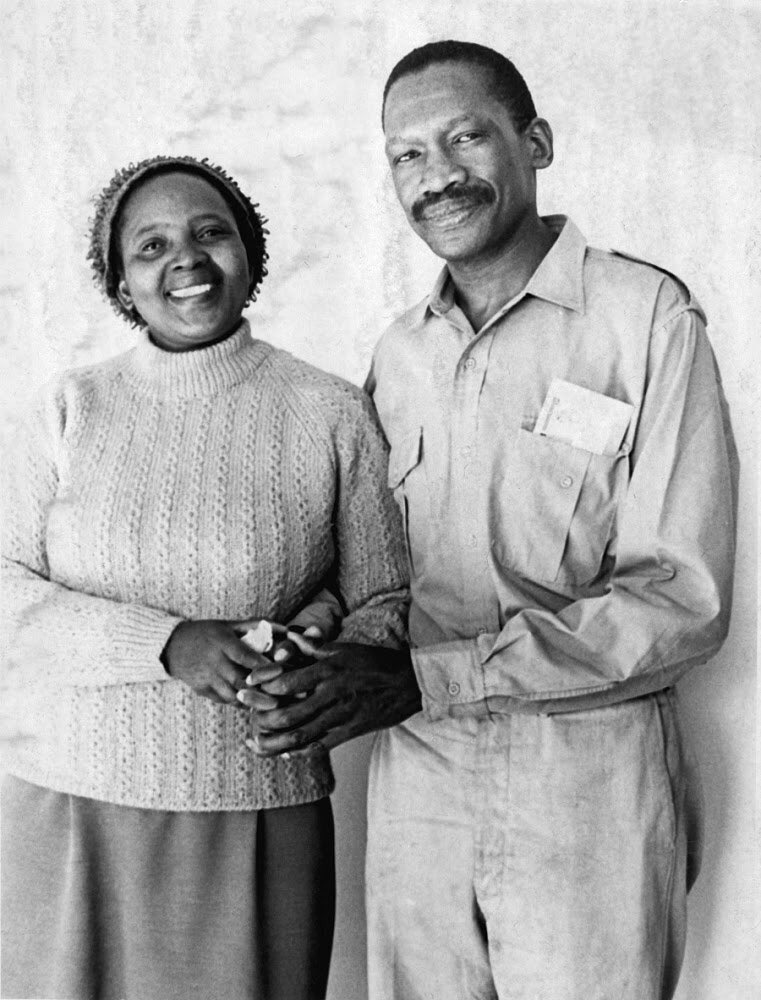 Tributes have poured in for ‘mother of Azania’ Zondeni Veronica Sobukwe, who died in the early hours of this morning following a long illness.

News of the passing of struggle icon Robert Sobukwe’s wife at the Midland Hospital in Graaff Reinet, Eastern Cape, broke on Wednesday following a more than three-week stay at the hospital.

#RIPMamaSobukwe #Izwelethu – please tell Baba Mangaliso Robert Sobukwe that we shall be expropriating land without compensation for equal redistribution in South Africa. pic.twitter.com/MopiaA9mpg

The Steve Biko Foundation is deeply saddened to hear of the passing of 91yrs old struggle stalwart, Mama Zondeni Veronica Sobukwe. We extend deepest condolences to her family, friends and colleagues in the Pan-Africanist Congress (PAC) of Azania. May her soul Rise In Peace (RIP). pic.twitter.com/uIP4DhYEbY

With all that’s been happening in our country recently, perhaps this is a good time to remind the powers that be as to what it means to hold office & serve the people.

A fallen spear releases sorrow and regret into the air, leaves questions like quivering arrows in a pregnant bow. The greatest injustice is to leave it lying there, without an heiress to pick it up and point the way to the promised land. Her spirit lives in us #RIPMamaSobukwe

It is with deep sadness that we wake up to the news of the passing of revolutionary human rights activist and anti-apartheid struggle stalwart Mam Zondeni Veronica Sobukwe.
Lala ngoxolo Qhawekazi#RIPMamaSobukwe pic.twitter.com/VpQSFDdc4b

The Pan African Congress (PAC) made the announcement on Wednesday morning after her passing.

PAC president Narius Moloto reportedly said the organisation would honour Zondeni’s contribution to the struggle. He said the PAC leadership was scheduled to meet later today to discuss a memorial service for the struggle icon.

President Cyril Ramaphosa also sent out his condolences to the Sobukwes.

“The loss – in Women’s Month – of Mama Sobukwe is a sad loss to the Sobukwe family, foundation and our nation at large. We have lost a heroine of resistance and a fighter for the freedom of all South Africans, who continued her activism into our democratic dispensation. We will always remember and honour her extraordinary contribution.”

#RIPMamaSobukwe Gogo tell Baba Sobukwe we are continuing with the struggle to liberate African Child. We're appropriating our land. pic.twitter.com/Q1BOMJiJqP

Veronica was born on July 1927 in Hlobane, KwaZulu-Natal. She was a nurse who challenged unfair conduct.

She met Robert during the apartheid struggle, and wed him in the 1950s. The nurse supported her husband throughout Robert’s incarceration when he handed himself over for arrest against the pass laws, where he was sentenced to three years.

The apartheid government refused to release him after his jail term ended.

The government then enacted a ‘Sobukwe Clause’, which allowed it to keep Sobukwe in jail for as a long as it wanted.

Rest in Power to the mother of Azania. She was truly one of the heroines that were never truly given the recognition due to them. Aluta Continua!!!#RIPMamaSobukwe https://t.co/zhddlniJ1F

#RIPMamaSobukwe Your life signified the power of hope that sustained the life #RobertSobukwe & the pride in #Azania .Your life is "handbook of life" of how we must embrace the gift of life by robustly forging ahead.The corridors of #Africa history shine brighter because of you pic.twitter.com/NpEguxw4MK