Cele fears for his daughter

The police minister says the nation lives in a lot of fear, and he is no exception. 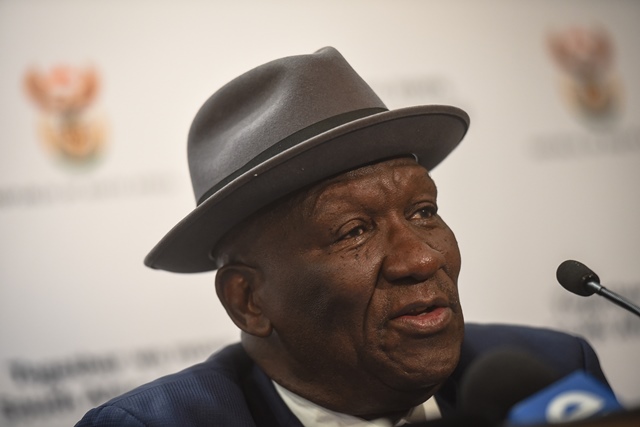 Police Minister Bheki Cele admitted it was challenging to have a daughter, as he was living in fear she would not make it home alive or could come home a victim of sexual violence.

Cele was speaking at a panel discussion on gender-based violence and femicide in South Africa, hosted at the University of South Africa in Pretoria on Thursday.

The general gave a personal talk, recalling the pain of growing up without a mother, whom he lost when he was just nine months old. He failed to understand how some men could assault their mothers and grandmothers.

“What about those who have mothers? You exist because your mother wanted you to exist. Nothing is better than having a mother,” said the minister.

Though his daughter could question him as the police minister on how he deals with gender-based violence in the country, he lived in fear that she might not come home alive one day.

“I must admit, having a baby girl is a painful thing. Before she comes home, I worry. I pace around until she comes home, because I don’t know if she will be back alive, or back raped.

“Every day when she enters the room, I sigh in relief. But if I have so much fear for my daughter, I wonder how much fear she has herself.

“Our nation lives in a lot of fear. The worst part is that for some [women], fear does not end when they get home because you don’t know what malome [uncle] will do. Sometimes you don’t fear the uncle, but the father. It is constant fear.”

But he vowed to ensure he appoints more women in the police force to deal with assisting rape and abuse victims, as male officers were sometimes not suitable to handle such cases.

“I was telling police management that we have units that deal with women and children but sometimes we find that men are not very suitable.

“I want to increase the number of officers who deal with rape cases to be women instead of men.”