The CEO of insurance giant MiWay, René Otto, has apologised for a tweet that Afriforum claimed tried to 'create a link between Afrikaner history and paedophiles.' 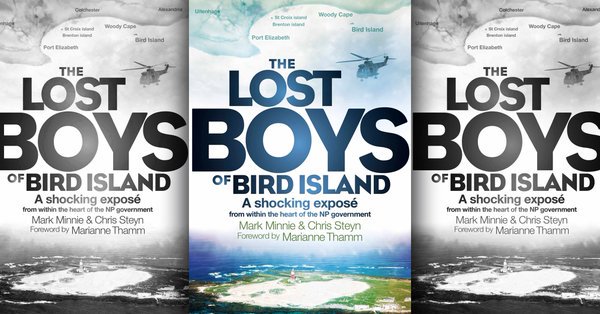 René Otto has admitted to having “failed dismally” at creating constructive debate after a tweet in which he accused SA’s Afrikaans population of being in “denial about the destruction of the Apartheid-era.”

The CEO of insurance company MiWay has been forced to retract the tweet after his comments landed him in hot water.

“The Lost Boys of Bird Island” is a must-read for white Saffas – especially Afrikaners who believe they are God’s chosen people – who are still in denial about the destruction of the Apartheid-era. It left me gutted. What do we learn from this and can we ever make amends?

He withdrew his tweet, about the book The Lost Boys of Bird Island, after his views were attacked and calls to boycott the company were made.

Afriforum’s Kallie Kriel called on Otto to be fired for the tweets, which he believes sought to “create a link between Afrikaner history and peadophilia.”

He took to Twitter, saying “As CEO of MiWay insurance he seems happy to have Afrikaner clients, whilst insulting them.”

What a pity that @reneotto5901 would try to create a link between Afrikaner history & paedophiles. As CEO of @miwayinsurance he seems happy to have Afrikaner clients, whilst insulting them. If I could have it my way, Otto would be on his way. https://t.co/v29FlUH90X

In a later tweet, Otto clarified that he did not intend to associate all Afrikaners with the horrific allegations of paedophilia described in the book, allegedly carried out by former apartheid defence minister Magnus Malan, wealthy businessman and police reservist Dave Allen and National Party environmental affairs minister John Wiley.

In yet another tweet, he distanced himself from the way the tweet was interpreted and said that he regards “most Afrikaners as honorable, productive people who make a massive contribution to the country, in all walks of life.”

I don’t hate Afrikaners, nor do I blame them for the atrocities described in the book, and I repeat my apology for creating that impression. Please read the book and make up your own mind about the abuse of power described in it. Isn’t chilling that the co-author is dead?

I distance myself from the way my tweet is interpreted and the malicious opinions expressed in the video. I regard most Afrikaners as honourable, productive people who make a massive contribution to the country, in all walks of life.

Otto released a statement on Monday apologising for having “hurt and offended many Afrikaans-speaking South Africans.”

“I take full accountability for my actions. I should have known better,” Otto said. Two of those accused of driving and participating in the alleged paedophile ring, Allen and Wiley, were found dead in alleged suicides only weeks apart.

Co-author Mark Minnie was found dead last week. He is also alleged to have commited suicide by police, although Tersia Dodo, a childhood friend and family member, told SABC that Minnie had warned her of a “plot to take me out.”

Dodo added that no-one apart from police had seen a suicide note alleged to have been found on the scene.

“If anything happens to me, don’t believe a word when you hear it’s suicide,” were his alleged words according to Dodo.