About 94% of Joburg’s bridges ‘in dangerously poor shape’

Urgent repairs will start on the M2 in the CBD in October, with the reconstruction estimated to take up to a year to finish. Johannesburg’s ageing road infrastructure was in the spotlight yesterday after it emerged that parts of the M2 near the Johannesburg CBD were in dangerously poor shape and parts of it would soon be closed, pending repairs.

Built in the ’60s, the bridges on the M2 were now near the end of their design lifespan, requiring urgent reconstruction and rehabilitation, according to Joburg mayor Herman Mashaba.

The M2 is one of the motorways which link the N3/N2 with the inner city and the western parts of the city. 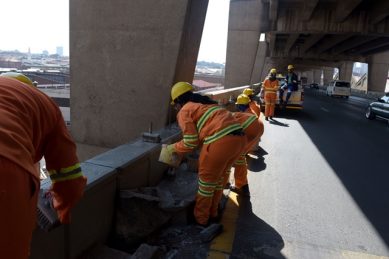 The Joburg Road Agency (JRA) appointed a specialist to conduct detailed assessments on the affected sections of the bridges. It was found the sections were severely cracked, which affected their structural integrity.

According to the JRA, just 6% of Johannesburg’s bridges were in good condition. The remaining 94% needed immediate intervention.

“As an immediate measure, the JRA is preparing to redirect limited funding from other projects, at a cost of approximately R58 million, to start working on the bridge, as a matter of urgency,” said Mashaba. 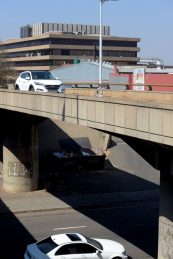 Once work begins in October, the reconstruction was estimated to take up to 12 months. During this period, one lane would be closed at a time and most of the work on top of the M2 would be done during evenings.

The mayor said Johannesburg was suffering from an infrastructure backlog.

The expected increased congestion on affected roads was expected to affect the local economy, as well as tourism.