While the man whose racist beach clip went viral has been slammed by black people and white people alike, he has found a level of support in certain quarters. 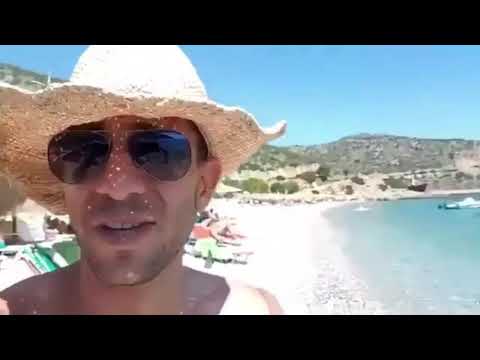 Since scathing media reports emerged regarding a video in which he was seen casually using the k-word on an oversees beach holiday, Adam Catzavelos has been fired from St George’s Fine Foods, the family business that he co-owns, with immediate effect, EWN reports.

“I’m going to give you a weather forecast,” said Catzavelos in the video, before extolling his pleasure at spending the day amid “blue skies, beautiful day, amazing sea and not one k****r in sight”

But while many people, both black and white, have condemned his casual racism, some white people on Twitter have expressed their opinion that people such as Julius Malema and Andile Mngxitama should face a similar outcry to Catzavelos.

Many on social media have pointed out that these views are an exercise in “whataboutism”, a recent buzzword referring to when people respond to an accusation or difficult question leveled against either them or someone they feel they need to support by making a counter-accusation or raising a different issue.

Others pointed out that during the backlash over the issue surrounding convicted racist Vicki Momberg, a similar sentiment was expressed by some.

Its amazing when some asshole uses the k word the whole of SA is up in arms but when asshole politicians and their followers sing and chant to go out and kill minority groups SAcans are very quiet !! What a fu@ked world we live in !!!!

#AdamCatzavelos The questions that begs: WHY did #Adamcatzavelos feel a sense of relief? Are the constant racism & threats faced by a minority whites from a black government & a black majority just too much for business people who must provide jobs pay taxes & train people?

now this oke is in boiling water for saying the "K" word. big thing made of it. he did not call anyone a "K". ok all good we know we are not allowed to say it. BUT… Julius Malema can walk free delivering hate… https://t.co/0jLqz5pyDU

Several white people including well-known writer Tom Eaton took to Twitter to voice views critical of Catzavelos and those who have shown support for him.

White people who ask "Why must everything be about race? Can't we just move on?" #AdamCatzavelos is your answer. He's young. Racism is still being taught to children. The racists aren't moving on, so why should black people?

If your response to this #AdamCatzavelos video is "but Malema", then you're probably racist too.

However, there are black voices on social media who have accused those white people trying to distance themselves from Catzavelos of being “hypocrites” and “the biggest racists” themselves.

Lol. White people who always make it seem as if other white people are racist and not themselves. Better whites. "A bunch of do-gooders", as Biko characterised them. They are themselves the biggest racists. At least #AdamCatzavelos is honest. https://t.co/uHK3Yq6G37

White people saying they are appalled by #AdamCatzavelos are HYPOCRITES. Their outrage is social media incident based, I don’t see them opening cases against their friends who say such things at braais. Biko Warned is about white sympathizers.

Catzavelos’ family released a statement on Wednesday morning, expressing their disgust and their wish to distance themselves from Adam’s racist sentiments. The statement also said that the business has been temporarily closed to protect its staff.

“It is abhorrent and we fully disassociate ourselves from the sentiments expressed. We reject racism in any form. Adam Catzavelos has been dismissed with immediate effect from the family business, St George’s Fine Foods, and his minority shareholding will be unwound as soon as practically possible. Given the high-profile nature of this development, the business has been temporarily closed for the protection of all its staff. We have no further comment at this stage.”