WATCH: EFF outside Catzavelos’ house as Twitter rejects his apology

Twitter appears to be rejecting Adam Catzavelos online letter of apology claiming it does not appear sincere. 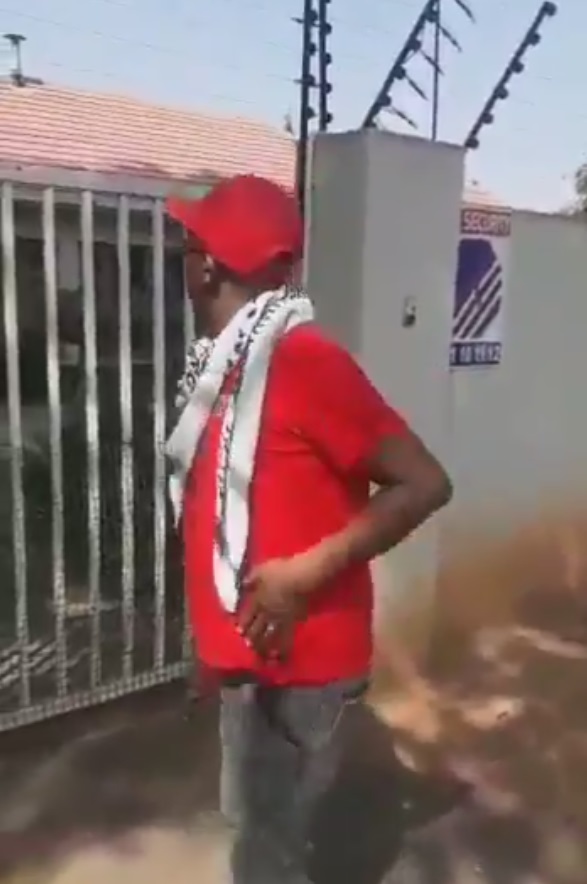 Gauteng Economic Freedom Fighters were protesting outside accused racist Adam Catzavelos house on Friday demanding he come outside to talk.

In a video apparently taken outside Catzavelos’ home, the EFF members can be seen using the K-word in an attempt to urge Adam to come out.

“Don’t waste our time, we just want to talk,” says one of the protesters adding that the streets were blocked.

It is not confirmed if Adam is back in the country.

This latest development comes after an apology letter, confirmed to have been issued by Adam, surfaced on social media on Friday. In the letter, he admitted to causing unspeakable pain to people in South Africa.

“The extensive damage my unfortunate video has caused to a country desperately trying to heal racial tensions is unacceptable.”

He continues to profess his love for South Africa and that he was proud “to have lived in such a beautiful and diverse country.”

He apologises for the hurt and harm caused. 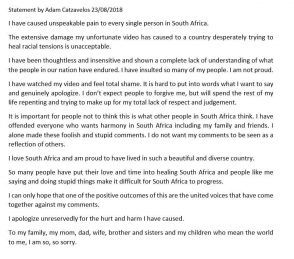 Social media, however, does not believe his apology to be sincere.

Dear Adam Catzavelos we strongly reject your weak apology. It will be heaven on earth if you remain in your kaffir free beach. Do not call us your “people” because we’re clearly not. You’re a racist that deserves whatever you’re receiving and more. No kaffir on sight forgives u.

This apology from #AdamCatzavelos rings hollow.

No clear admission that his speech was racist and that he is a racist. Mxm. pic.twitter.com/TUEgAJMY8p

He didnt cause us pain, he caused himself pain…and thats why he is apologizing. Because his entitled, privillaged self cannot handle the repercussions. People are so tired of apologies from racists people that get caught…@JacaNews #AdamCatzavelos Adam Catzavelos Apology https://t.co/pTwuANQlPr

Forgiveness and all, but I don't know one person who is going to take this Adam Catzavelos apology seriously. "I will spend the rest of my life repenting and trying to make up for my total lack of respect and judgement." How exactly will you do that? https://t.co/rkb5Fj1nzk