A once prominent SA dance music producer and DJ has exposed himself as a racist in a series of online rants. 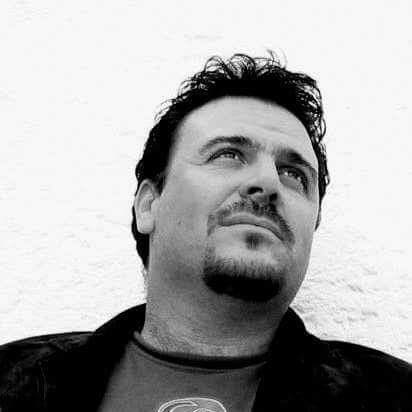 A South African dance music producer and DJ currently based in the US has found himself the source of social media outrage after making a series of flagrantly racist comments on social media.

The above screenshots are by no means the complete racist rant delivered by Viegas. He made many other hateful and racist comments online which we have decided not to include in this article because the above three should sufficiently expose his views.

While many were outraged by his comments, Viegas did receive support from some online, including from a woman who shares his surname, and is thought to be his wife. She threatened a woman who had called out Viegas for his racism, herself using racial slurs. 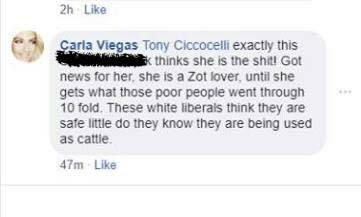 Mario Viegas was once a prominent South African disk jockey, to the point that he was part of a recent ‘SA DJ Legends’ tour that took place in the UK in June alongside other prominent veteran DJs Sasha Martinengo, Dereck the Bandit, DJ Dizzy, Paul Almeida and Alex Jay. Advertising for the SA DJ Legends tour in the UK.

A biography of Viegas on a UK dance music site calls him one half of South Africa’s “first US funky house export”, Dawson and Viegas, who released a single called African Attitude in the 90s among others.

More recently, Viegas has been shown to be a construction foreman, with a 2017 letter of reference from construction company Mota-Engil’s South African branch confirming that he worked there.

He is currently based in the US, evidenced by his racist comments on social media, which explained that he would not go back to South Africa due to his hatred for black people, as well as his Twitter account, in which lists his location as the US and his profession as a construction supervisor. 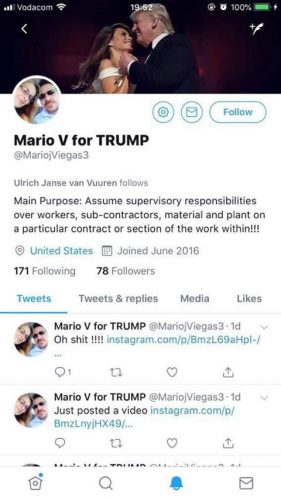 Sasha Martinengo, who currently leads the breakfast team on Gauteng station Hot 91.9 has taken to social media to distance himself from Viegas, saying that “it is unfortunate that I have been tainted by association” and condemning racism in general as well as the views expressed by Viegas. 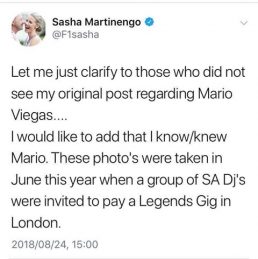 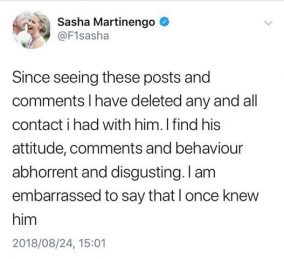 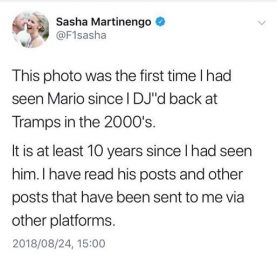 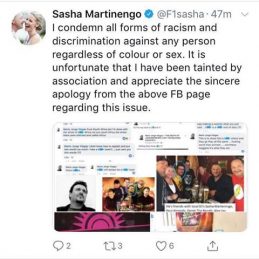 This has been a bad week for South Africa in terms of racism, with businessman Adam Catzavelos widely slammed for his casual use of the k-word in a video documenting his oversees beach holiday, and a KZN ANCYL executive, Suzanne Govender, also accused of using the slur.

Earlier this year Vicki Momberg became the first person to be jailed for using the term, for an efective two years under the law crimen injuria. She has since been granted leave for appeal and bail.