A man who identifies himself as a Boer has welcomed the US leader's tweets and claims government encourages violence in songs they sing at rallies. 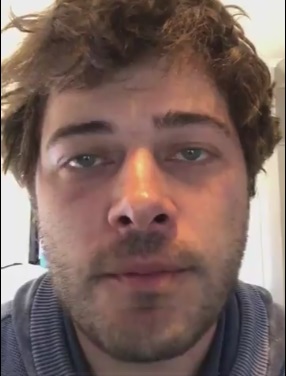 In a video released on social media, Barnard alleges the mainstream media are lying in their reports on expropriation without compensation. He claims white South Africans fear for their lives as their government continues to endorse the violence.

“As a South African Boer,” Barnard says he can affirm that Trump’s tweet was 100% right.

“We fear for our lives. We live in a very violent South Africa. Our government actually encourages this violence with songs they sing when they sing at their rallies to their following.

“All we are asking for is for an investigation. To come and do your own due diligence and see for yourself the reality of what is really happening in this country and the blatant racism towards white people in this country.”

He mentions an attack on his family that occurred when he was 11 years old and thanks his father for having a firearm to protect him and his brother.

Barnard also speaks of an occasion in which his family was attacked again when he was 24 years old and his grandfather was killed.

He ends the video with a warning against listening to mainstream media – claiming they are lying in their reports.

Barnard issued the video following a tweet made by Trump on land expropriation without compensation which stirred a media storm and countrywide debate.

Trump tweeted that he asked his secretary of state, Mike Pompeo, to “closely study the South Africa land farm seizures and expropriation and the large scale of killing of farmers”.

A message to the international community from a boer in #SouthAfrica the reality of our situation. Please RT. #FarmMurders #SouthAfrica pic.twitter.com/sdChH864dA