Billions spent on eradicating bucket toilets, to no avail

Over the past three years, the project has cost government an average of close to a billion rand a year, with no progress made. 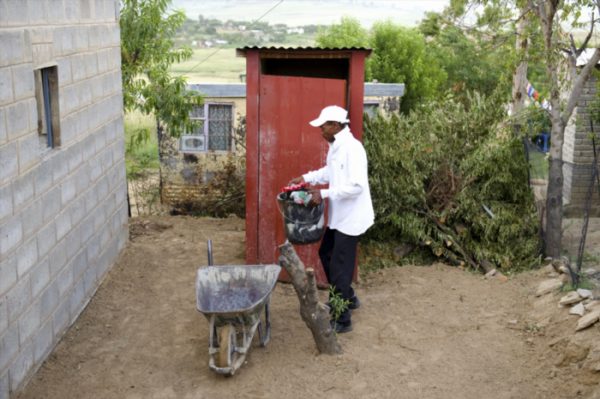 Lack of access to land meant poor sanitation services, especially in informal settlements such as Good Hope in Germiston, according to a human rights advocacy group.

This was despite billions of rands being spent by government on a project aimed at replacing a quarter of a million mobile bucket toilets.

For the past 24 years, the Good Hope informal settlement has been home to about 4 000 people who have yet to have access to sanitation outside of the bucket system, said 39-year-old Nomnikelo Sigenu, resident and Abahlali Basemjondolo organiser. Abahlali is an organisation advocating for shack dwellers.

Parliament was urged to look into the allegations against the department of water and sanitation’s bucket system eradication project, which had to be repeated after failing to reach its target.

Anti-tax abuse lobby group, Outa, delivered the first part of its submission to parliament this week, calling into question the effective governance of officials charged with rolling out the marathon project.

Over the past three years, the project has cost government an average of close to a billion rand a year.

“While Outa acknowledges that the bucket system eradication programme may have re-run because municipalities built more bucket toilets after 1994, the prioritising of funds to restore human dignity to many underresourced citizens is of concern.”

Kliptown, Soweto, the birthplace of the Freedom Charter, was also home to hundreds of bucket toilets that serve an average of 10 families per unit, according to Priscilla Nkwili, a 39-yearold community activist in the area. Just like in Good Hope, it is a settlement replete with closely-spaced shacks, scant or illegal access to electricity and running sewage near the communal bucket toilets.

“It has been 24 years,” said Sigenu. “The only thing that changes is the companies that bring the toilets. Before we had Mr Loo, now we have Sanitech. This is part of the reason why people here decided to move and start occupying land elsewhere.”

Decentralised sewerage systems could help government meet its goal of eradicating the bucket system, according to water and sanitation expert Professor Anthony Turton.

He said government had improved access to water and sanitation services, but had to take innovative steps to ensure more sustainable models of basic sanitation access, especially in urban areas.

“The problem with waterborne sewerage systems is when they get overloaded,” he said.

This was because there were limitations to the technology currently used to provide access to sanitation access in remote areas on a centralised system.

“There is an interesting discussion now with a group of town-planners in KwaZulu-Natal to come up with ways to get the rich and the poor in that area all off the central sewerage system.”

Working with government, said Turton, the group was in the planning stages of creating a pilot project that would demonstrate decentralisd waste management systems were more effective than the overloaded centralised sewerage systems that continued to hamper progress in service delivery.

Here are the streets affected by Ekurhuleni's new name changes
1 week ago
1 week ago
PREMIUM!

Here are the streets affected by Ekurhuleni's new name changes
1 week ago
1 week ago
PREMIUM!