A study examined artificial insemination protocols for the female African lion, but could be used as a baseline for other endangered felids. 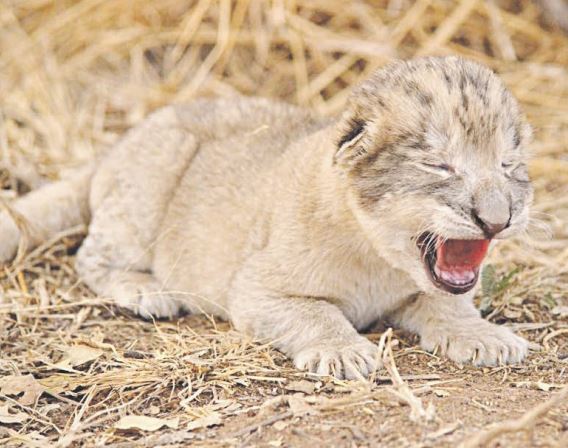 One of the new lion cubs that was born in Tshwane. Picture: Supplied

The birth of the world’s first in vitro fertilisation lion cubs marks a pioneering moment for the conservation of big cat species.

Developed by a research team at the University of Pretoria (UP), a study into the reproductive physiology of the female African lion has led to the birth of two of the world’s first lion cubs to be born by artificial insemination.

The cubs were born to a lioness at the Ukutula Conservation Centre and Biobank in the North West province.

Professor Andre Ganswindt, of the UP Mammal Research Institute, said this could combat the threat of extinction facing several big cats around the world.

“There are tremendous threats to wildlife due to loss of habitat and anthropogenic pressures which also affect big cats. That is why a number of species are listed as vulnerable or endangered.”

This study examined artificial insemination protocols for the female African lion, but could be used as a baseline for other endangered large, wild felids. Ganswindt said this was a pre-emptive measure to ensure techniques were developed before a species was critically endangered.

“To have the opportunity to stabilise populations even with artificial breeding, you have to have the necessary techniques well ahead of the time when it is necessary.

The project’s main researcher, Dr Isabel Callealta, said: “The next step is to continue looking for the right protocols for the large feline species. This information will be used to develop protocols for artificial insemination for this and other endangered feline species.”