The police chief also sent a strong message to those hoping to join the force that it is not a cushy option. 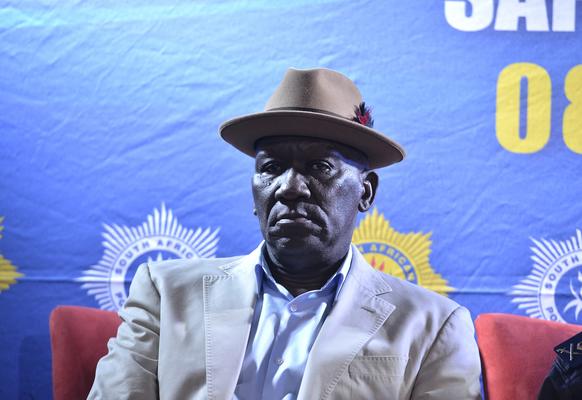 Minister of Police Bheki Cele talked tough again yesterday, telling officers “not to be kind” when they are facing killers.

Speaking at the annual national police commemoration event at Union Buildings yesterday, he said he had attended at least 27 funerals of slain police members since taking office in February.

The names of 29 police officers who have died in the line of duty since the previous commemoration were added to the Roll of Honour yesterday.

Many family members at the sombre event cried inconsolably during the wreath-laying ceremony.

Cele said it was disturbing that there had been four funerals for slain police officers on Saturday alone, including that of Constable Mbiko Buthelezi, 36, in Durban, which he attended.

All the officers in the recent spate of police killings were between the ages of 22 and 39.

He said that killing police officers should be considered a crime against the state equal to treason.

“I say to all police members, don’t be kind when you find these police killers. Anyone who has killed a police officer should know they have declared war against the nation and should definitely have sleepless nights.”

The minister announced that the police training curriculum would be altered to include defensive strategies used by tactical response teams and a “streetwise” course to gear up members to handle any situation.

Dr Johan Burger, of the Institute for Security Studies, warned that the minister’s statement shouldn’t be interpreted as a call for excessive violence on the part of the police.

“It is unclear what the minister meant when he said police should not be kind when facing cop killers, but if this is aimed at encouraging the police to act in a way that is not aligned with the law, it borders on an irresponsible statement,” he said.

“In June, the minister actually publicly encouraged the police to defend themselves, but he emphasised that they should at all times act within the law.

“But we should give the minister the benefit of the doubt and also consider the context of the memorial service, which is a very emotional occasion, and it is possible to say things here which, in hindsight, could be wrongly interpreted.”

The police chief also sent a strong message to those hoping to join the police force that it was not a cushy option.

“Joining this organisation is not a job. If you want a job, go somewhere else. If you are here, it’s because you are called to defend and ensure the nation is safe.

“This is not the organisation for those who have failed everywhere else. This is a place of excellence.”