Thanks for the recession, JZ, after losing us R1 trillion in GDP

Government, which has overseen corruption, the destruction of SOEs and a bloated and overpaid civil service, has ushered in a self-inflicted recession. 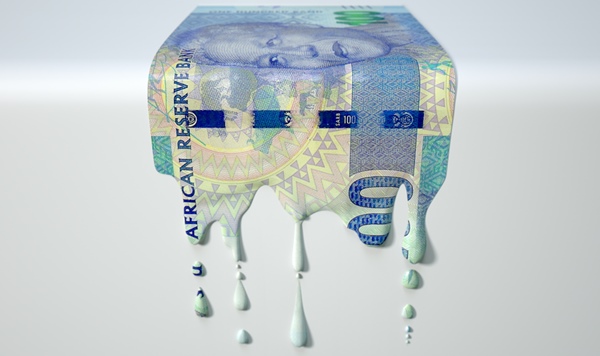 Several commentators have blamed yesterday’s announcement of a “technical recession” on poor governance, which culminated in state capture and uncertainty about hot-button issues such as mining and land.

Taking into account trends in other emerging markets such as Mexico, Peru and Chile, which outperformed SA between 2014 and 2017, Dykes said estimates show poor governance during Zuma’s last years may have cost the economy about R1 trillion in potential GDP growth.

“Because poor governance goes so deep, the steep deterioration in infrastructure and mismanagement of things like procurement rendered many of the state-owned enterprises (SOEs) uncompetitive. That impact on SOEs leads to higher electricity prices, and other energy price hikes such as fuel, because the exchange rate is under pressure – and that impacts other economic factors: interest rates get higher as inflation rates get higher,” Dykes said.

“If you take all of that into account, the unbelievable damage that it has done all seemed to be marginal at the time, but it would be overwhelmingly hard to quantify the full amount of damage done. Our estimates put it at about R1 trillion.”

Economist Dawie Roodt said poor growth in certain sectors of the economy in the last quarter, which led to the recession, could also be ascribed to the legacy of bad governance at SOEs – particularly in manufacturing.

Roodt said poor government performance and the ensuing loss in business and investor confidence had cost the country dearly over the last few years – and the first half of this year was a culmination of that loss.

“I would blame government most of all because they have been overseeing corruption, the destruction of SOEs and a bloated and overpaid civil service. This particular recession is a homemade problem.”

SA’s civil service ballooned under Zuma, with the wage bill following suit. Recent plans by President Cyril Ramaphosa to decrease this through mass lay-offs were met with resistance from unions.

The country’s GDP had contracted by 0.7%, marking the second consecutive quarter this year in which the economy was in decline.

Dykes said the recession itself could not be ascribed to governance alone, but to various factors affecting the agricultural and manufacturing sectors.

“The second half of last year was pretty strong in the current context, and that high base is one of the reasons we are seeing this slight contraction.

“Last year we saw very strong agricultural production and this year it is going to be lower. We have also seen the agricultural sector declining significantly in the last quarter. It shows we have a very weak economy that is just limping by, directionless.”

But in manufacturing and mining, which performed poorly in the last quarter, factors such as skyrocketing electricity prices could be blamed on governance issues at the state power supplier, Eskom.

‘SA is getting poorer’

While the effects of a technical recession, defined by overall GDP contraction, may not be immediately felt by the average consumer, per capita income GDP was a clearer indicator of whether consumers were getting richer or poorer, says economist Dawie Roodt.

Per Capita GDP peaked in December 2011 at about $8 and last year in December it was at $6. “An equally valid measure of growth in the country besides GDP growth is per capita GDP, which has been averaging a decline over the last five years.

“This means South Africans are getting poorer and poorer.

“I think that definition is closer to the mark because it means that people can feel it and they are battling to make ends meet,” said Roodt. “Poverty is on the rise and yet the economy is growing.”

“Last year, per capita GDP was a minus. In 2015, it was a minus and it was a plus, so we had three negative years in a row – and at the rate we are going there is going to be another significant drop.”

Economist Dennis Dykes said in the South African context it is normally the SA Reserve Bank that would declare a recession using a different set of indicators to how markets would calculate it.

“The market’s view of a recession, which is the popular view, is contraction of GDP growth over two consecutive quarters.”