It is as an industry, however, that he believes equestrian sport can offer most of its value to interested underprivileged individuals. 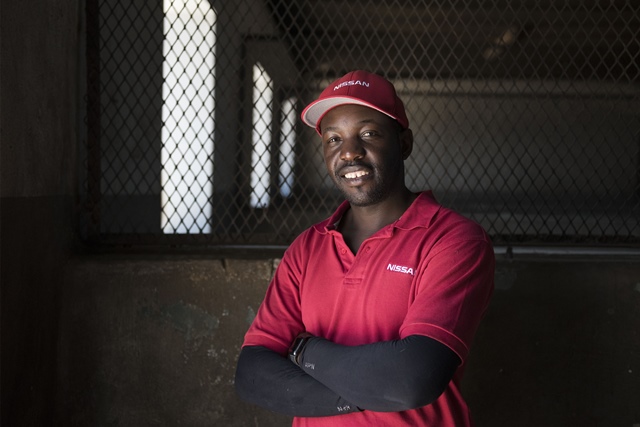 As a young child, when he first leaped onto a pony belonging to his mother’s employer, Oscar Ncube was just being an inquisitive kid. He could never have imagined the journey on which he had embarked, and how much his new passion would ultimately consume his life.

At the age of 32, Ncube is now a well respected competitive showjumper and trainer, and he has immersed himself in an industry which carries a widespread stigma of being reserved for the privileged elite.

But the road he took to the top was arduous, he admits, and his dream to make a living from the sport required decades of hard work to materialise.

Born in Alexandra, Ncube went wherever his father’s job in the mines required his family to travel.

At the age of seven, his mother (Constance) was employed as a domestic worker for trainer Linda Rowe, and after seeing the youngster jump onto the back of one of her ponies, Rowe offered to give him lessons.

Ncube would have to wait another 18 years, however, before he owned his own horse.

“I won’t lie. It was a hard road,” he says, resting in the shade at Linrowe Stables in Kyalami, which he named after his first showjumping mentor.

“The lady who taught me passed away when I was still in school, so I had to find my way, going door to door trying to get rides.

“When I lived in Cape Town I used to walk from Constantia to Hout Bay to look for rides. It was tough.”

His persistence paid off, however, and Ncube now runs his own equestrian business at Linrowe.

“I train people’s horses, I teach people to jump, and I have clients who rent stables here,” he says. “I look after the horses 24 hours a day and handle everything from their feed to their feet, their teeth, their training. Everything. I can’t imagine doing anything else.” 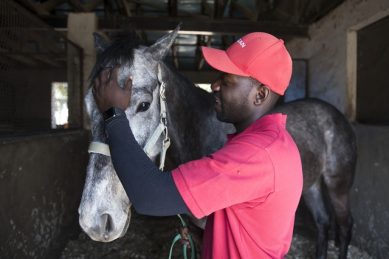 Ncube is an accomplished show-jumper, having represented South Africa at the 2007 All Africa Games, and he is currently preparing to compete for Team Nissan at the SA Derby, to be held at Kyalami Park Club from 26-30 September 26 to 30.

It is as an industry, however, that he believes equestrian sport can offer most of its value to interested underprivileged individuals.

“We’re trying to put back into the community, and a lot of people don’t know about the jobs that are available. It’s an opportunity,” Ncube says.

“Not everybody can be in the office or be a pilot. The equestrian world offers so many disciplines and so many different jobs which require skills that you can learn, and you can be part of it.”

Actively reaching out to underprivileged communities, Ncube is involved in the Thandi programme, which supports around 20 orphaned youth between the ages of 12 and 18.

Backed by Nissan, which provides a vehicle, the teenagers are collected twice a week and taken to Farnham Stables where they are given riding lessons and are provided with lunch. They also attend weekend shows where they watch the elite competitors in action.

“The sport is a little better now because there are a lot of big brands involved in development, and kids from underprivileged backgrounds are now getting exposure,” Ncube says.

“Some of them are competing [in showjumping] and some of them even want to be jockeys and want to attend the jockey academy. So there are more people helping in the sport, and you don’t necessarily need to be a rich person to get involved.” 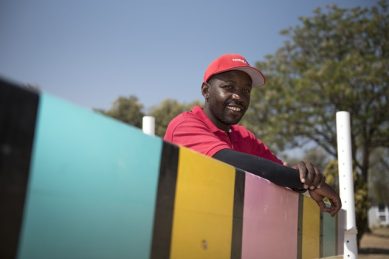 Though it may be a challenge to rise up the ladder from a competitive aspect, Ncube wants to show people that equestrian sport is not restricted to the privileged elite.

It can also be a sport of opportunity.

“Even when I was walking around trying to get a job working with horses, I knew this was what I wanted to do,” he says.

“Showjumping is a passion sport. You have to have a lot of time for it because you’re dealing with animals.

The glue of the ANC coming unstuck internally, says expert
7 hours ago
7 hours ago

The glue of the ANC coming unstuck internally, says expert
7 hours ago
7 hours ago