Mncwango will head the team that will prioritise removing the ANC in KwaZulu-Natal. 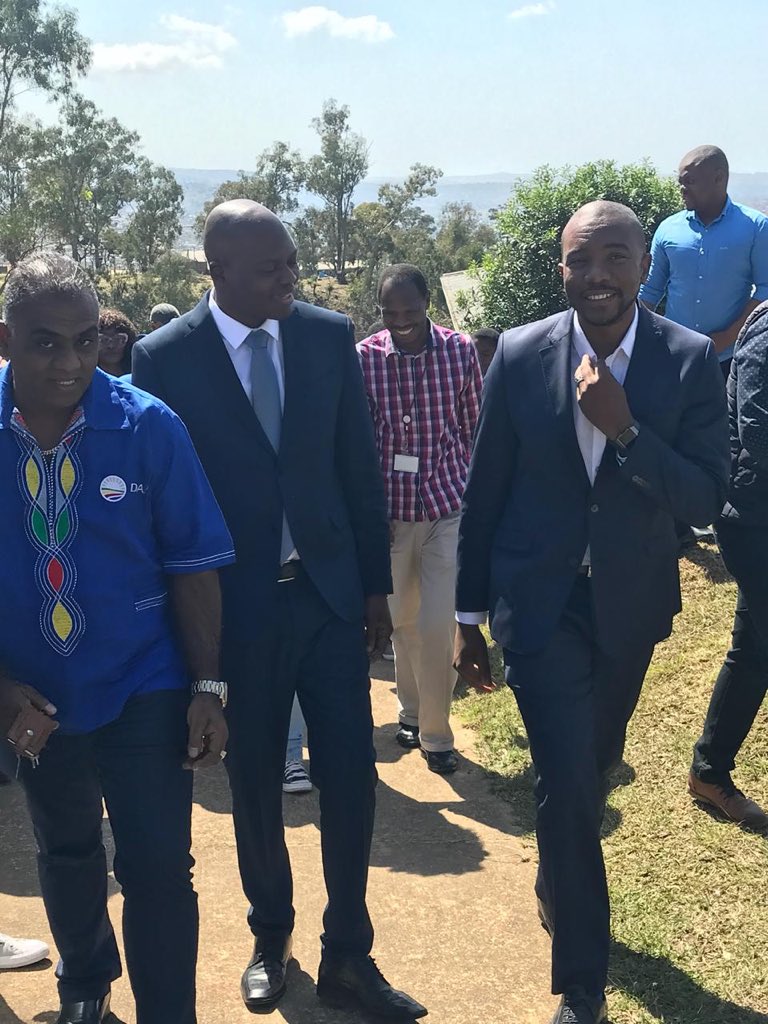 Democratic Alliance councillor Zwakele Mncwango in the eThekwini Municapality has been announced as the DA’s top man for the position of premier in KwaZulu-Natal in the 2019 elections.

DA leader Mmusi Maimane made the announcement at the Ohlange High School in Inanda on Thursday.

The dominance of the ANC means they have become complacent and focused on enriching only themselves.

The ANC no longer capable of managing the real problems the people of KZN face each day.#ZwakeleForPremier pic.twitter.com/xsih6x5oYE

He said Mncwango had a vision that would see access to jobs for all and the eradication of poverty and inequality in KZN.

Mncwango would lead the KZN team in fighting drug abuse, corruption and speeding up the delivery of basic services to the people.

The province had the potential to create jobs and opportunities, according to Maimane, who said this was hindered by political killings.

“There is no doubt that the ANC’s patronage network, infighting for resources in government, and other internal ANC battles are the reasons behind these political killings. While the ANC fight each other, no one is fighting for the people of KZN,” Maimane said.

The DA leader will be travelling throughout the country to announce other provincial premiership candidates.

Mncwango will head the team that will prioritise removing the ANC.

Mncwango is, however, facing a R1.5 million defamation lawsuit.

The suit was lodged by Kwazulu-Natal cooperative governance and traditional affairs MEC Nomusa Dube-Ncube after Mncwango accused her of awarding tenders worth more than R15 million to Brand Partners, where her husband Sibusiso Justin Ncube is a director of communications.

The letter alleges the contract was more than R7.5 million and called for Ncube-Dube’s suspension.

Congrats to @Zwakelem. Wish you great success as you seek to unseat the ANC in KZN. The province has potential for job creation, safety in communities and has to eradicate corruption from all sectors. Let’s build #1SA4ALL pic.twitter.com/HWllRhXenf