There appears to be an increase in poaching of captive bred lions for body parts, while wild lions in Mozambique are under increasing threat. 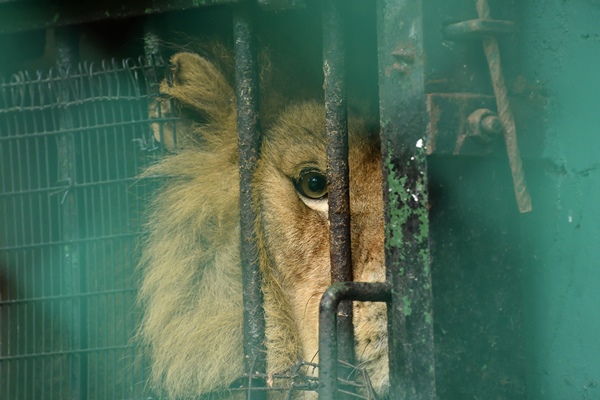 A captive lion sadly peers from his prison of chains and bars, longing for the freedom of the jungle. Picture: iStock

The National Society for the Prevention of Cruelty to Animals (NSPCA) has launched an urgent interdict application against the minister of environmental affairs, the SA Predator Association (Sapa), and the MECs of economic development and environment in Limpopo, North West, Gauteng, and Free State to suspend the trade in lion bones.

“Based on the cruel slaughter we’ve seen through the SPCAs, it was procedurally incorrect. There are risks to wild populations which lead to criminal syndicates.

“[After] all of the issues were highlighted at the Convention on International Trade in Endangered Species, we felt we had tried everything over a number of years to address the issue and when the 1 500 quota was announced, we had no option but to launch an interdict.” 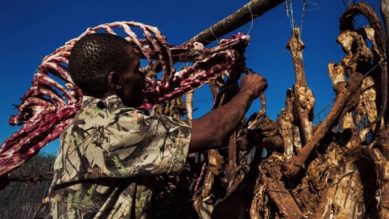 Lion skeletons being hung out to dry. Picture: Bloodlion.org

Earlier this year, the department of environmental affairs said: “The 2018 export quota was based on new evidence from a research project established by the SA National Biodiversity Institute in collaboration with the University of the Witwatersrand, Oxford University, and the University of Kent that analyses and monitors the lion bone trade in South Africa”.

In contrast, the Endangered Wildlife Trust said wild lions in southern Africa “specifically Mozambique, have been under increasing threat for their parts”.

The trust’s Dr Kelly Marnewick said: “The Greater Limpopo Carnivore Programme has recorded an escalation in the number of wild lions poached on the Mozambican side of the Great Limpopo Transfrontier Conservation Area, with a marked increase since 2015. They report that 26% of the lion population in this park has been lost due to poaching for their body parts.

“In the year immediately preceding the quota [June 2016 to May 2017], 13 captive-bred lions in South Africa were poached for their body parts. The EWT [trust] notes with concern that during the first year of the quota [June 2017 to May 2018] there were 12 poaching incidents, resulting in 31 lions being killed.”

Sapa said captive-bred lions were not recognised internationally as a valid segment of the lion population in Africa. “Their possible demise is not seen as extinction or a threat to the species.”