The EFF said they abstained because they want a credible candidate: 'Imagine [ANC Tshwane leader Kgosi] Maepa as mayor – those people will loot.' 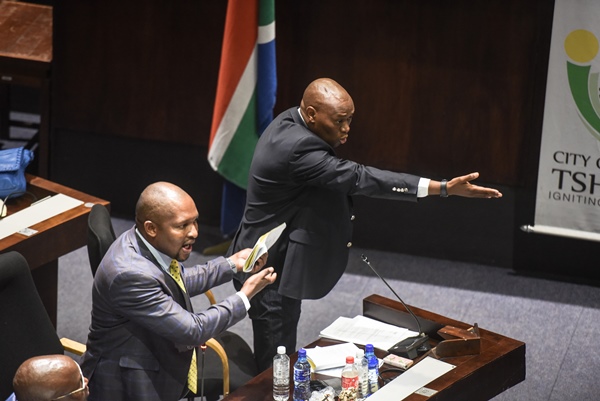 The Tshwane ANC’s plan to finally get Mayor Solly Msimanga out fell flat yesterday as it received no support when its motion of no confidence against him was tabled yesterday.

The party has been targeting Msimanga since last month, claiming he was aware of “maladministration and corruption” involving the alleged irregular awarding of a multibillion-rand tender to project management consultant GladAfrica.

The tender appointment was made by city manager Moeketsi Mosola. 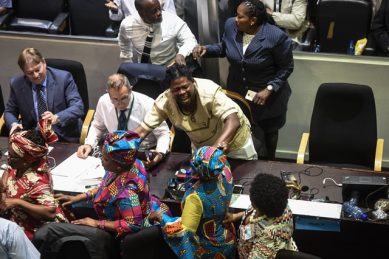 Last month, the Economic Freedom Fighters’ (EFF) motion of no confidence against Msimanga was disallowed due to an administrative error, while the ANC’s motion had remained on the agenda.

But it appeared the opposition in council anticipated its dismal defeat as it took them close to eight hours to vote on the motion.

The ANC had requested a secret ballot so the DA “black caucus” members and other councillors could “vote with their conscience”. 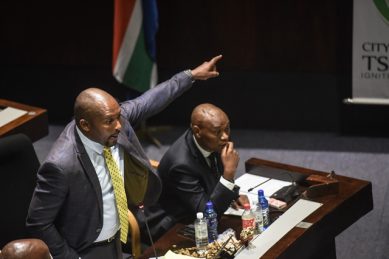 Referring to the Constitutional Court ruling on a similar matter between the United Democratic Movement and parliament Speaker Baleka Mbete last year, the ANC called on Tshwane Speaker Katlego Mathebe to refer to the court’s findings to make her ruling.

But Mathebe defended the Constitutional Court ruling, stating that the voting process was at the speaker’s discretion.

“Therefore, I rule an open vote. I rule that we vote by show of hands.”

The opposition party challenged her ruling, stating it would take it to court and the council’s rules and ethics committee.

The EFF, however, sat back and members folded their arms when it was time to vote. 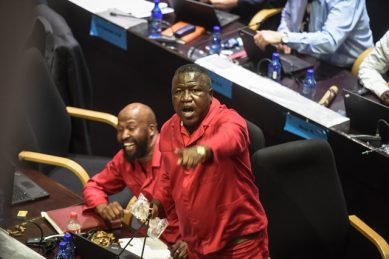 Ninety-five councillors voted against while 77 voted for the ANC’s motion, so Msimanga survived by 18 votes. About seven ANC councillors were not present at the council sitting.

The EFF’s Benjamin Disoloane said they had abstained from voting due to the absence of a credible mayoral candidate, should Msimanga be removed.

Although the ANC wanted to put its leader, Kgosi Maepa, in the mayor’s seat, Disoloane said that would only lead to looting.

“We are still going to bring forward our motion again.

“But currently, there is no credible candidate.

“Imagine Maepa as a mayor – those people will loot. We want a credible candidate. Until then, we will fold our arms.”
– rorisangk@citizen.co.za