Mandatory recycling in Joburg not doing as well as expected

Preliminary figures show 70 tonnes of waste diverted in the first month in Midrand. 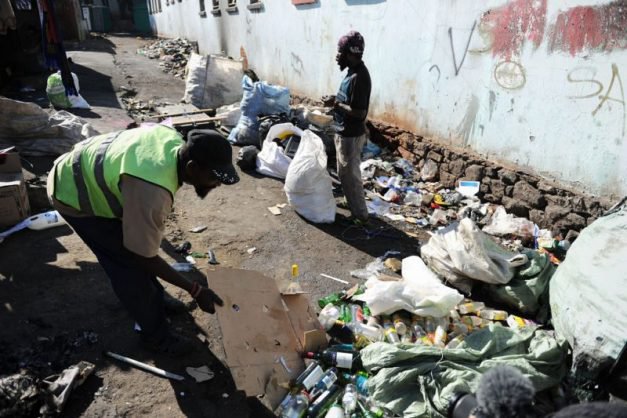 Picture for illustration purposes. With many members of the community working as recyclers, Nhlanhla is looking towards starting an NPO on the premises to provide basic service delivery and recycling services in the future and a possible materials recovery facility. Many of the materials collected for recycling were trashed or stolen during the eviction. Community members are rebuilding their stocks, which are collected from all across the city. Picture: Michel Bega

Mandatory separation at source started in the city of Johannesburg in July with Pikitup distributing clear bags to different households every week.

Although the impact of this programme cannot yet be fully measured, the city says progress is being made, reports Midrand Reporter.

MMC for environment and infrastructure services Nico de Jager said he has seen a number of filled clear bags placed next to Pikitup bins every week, even though the preliminary figures do not look as good as expected.

Preliminary figures show 70 tonnes of waste diverted in the first month in Midrand. With 48,000 households targeted, this is less than 50% of the 200-tonne target.

The city is also aware the issue residents where some households do not receive the clear bags from Pikitup. But, De Jager said this should not stop them from recycling: “Residents can recycle using any bag, as long as it is clear.”

If recycling is not collected at residents’ homes, they can also take it to their nearest garden centre to recycle. And if residents’ recycling bags are being opened by informal recyclers, De Jager advises to only make one knot, making it easier for them to gain access and not having to tear the bag open.

Meanwhile, some informal recyclers that have agreements with complexes or estates to sort their waste leave the Pikitup-issued bags for the contractors to collect. But this is mostly not the case, with thousands of informal recyclers who make their living from sorting waste.

De Jager added that discussions about bettering circumstances for these recyclers are underway and certain solutions like local buy-back centres are being considered.