At least 40 people have been killed since January, a source told The Citizen, with the notorious Rashied Staggie allegedly sending hitmen to Joburg. 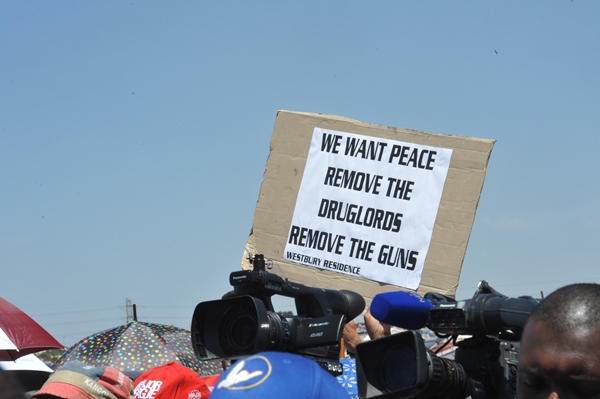 Cape Town druglords were allegedly behind the turf wars in Westbury, which has seen the killing of at least 40 people since January, according to a source who grew up in one of Johannesburg’s most notoriously drug-ridden suburbs.

Joseph Martin* showed The Citizen several blocks of flats near Newclare in Westbury, where so-called hitmen were being brought in from the Western Cape to carry out hits on rival drug dealers.

According to Martin, hitmen affiliated with the notorious former gang leader Rashied Staggie periodically came to Johannesburg to carry out hits on drug dealers selling on his “turf”, said Martin, who is friends with several ex-convicts in the area.

“Staggie is also behind this – bringing the hitmen up. He is connected to the guys selling drugs in Westbury and in Johannesburg, Hillbrow and other places. He would be one of the frontmen.”

He said police were unable to catch the hitmen, because they would immediately flee the area.

“Staggie would send maybe two or three guys to kill someone and the same day they will be transported back. Nobody would notice them here because they are coloureds.”

According to Martin and several protesters yesterday, another druglord, known only as “Finch”, was also behind the violence.

Following an address by Police Minister Bheki Cele, several community members told The Citizen that Finch and a man known as Keenan were regularly seen out in the open in the area, despite being fingered by many as the main druglords behind the violence.

Pastor Sayed Khan, a community elder in Westbury said it was well-known among residents that drug dealers and hitmen from Cape Town were behind the rampant turf-wars and sudden surge in drug abuse in the area.

The Citizen was taken to at least five houses known to the community as drug dens in a single kilometre radius.

Along Hoy Street, running parallel to a railway line, the rows of dilapidated pink apartment buildings were one of the many sites around the area where Westbury’s most dangerous gunmen were said to be living. But the source said police were more than just familiar with many of the dealers.

Martin echoed the complaints of many of the protesters who were calling for the heads of senior police officers at the Sophiatown police station.

“You see the policemen going into these drug houses, you see them laughing and chatting to known drug dealers, and you see them exchanging hands,” he said.

“We see the money changing hands. They do this in full view of the community.”

Gauteng police said they had escalated drug-related dockets to the Provincial Investigation Unit with “immediate effect”.

* Not his real name.