Roadblocks now strike fear into the hearts of even the most conscientious of drivers, after residents were allegedly not aware of newly installed cameras. Roadblocks in eMalahleni have quickly become a source of tears and frustration, after many motorists received massive fines from speeding cameras installed recently which they say they were not made aware of, reports Witbank News.

On September 25, a roadblock set up in Klipfontein caused many drivers to cry in shock and frustration.

A female motorist alleged that after being pulled over at this roadblock on her way home from work, a traffic officer apparently informed her that she had outstanding fines to the value of R11,000. These fines were incurred through the new portable, unmanned speeding cameras in eMalahleni, however, the aforementioned female motorist was allegedly completely unaware that she had incurred any fines at all.

The motorist claimed that the traffic officer who had pulled her over told her she would only be allowed to leave the site of the roadblock after she had paid the outstanding R11,000, and allegedly stated that she would need to phone a friend or relative to bring her the money in cash.

Motorists are urged to familiarise themselves with their rights pertaining to roadblocks.

A traffic officer cannot legally arrest you for outstanding section 341 or section 54 fines unless a warrant for your arrest has also been issued.

Drivers are also allowed to request that the traffic officer who pulled you over produce his or her certificate of appointment. The Criminal Procedure Act provides that an officer who cannot or will not provide an appointment certificate at a roadblock on demand is in violation of the Act and that any actions that he or she takes will be unlawful if such a certificate is not provided.

You are allowed to film and photograph traffic officers at a roadblock, in accordance with SAPS standing order 156. Traffic officers are not allowed to refuse you from doing so. This is a helpful course of action to take in gathering evidence of misconduct.

It is, however, important to note that if you intentionally and unlawfully violate the dignity of an officer, you could be taken into custody. For example, any racial slurs, derogatory remarks, hate speech, or actions that prevent the officer from doing their job. Any of this behaviour at a roadblock may result in a case of crimen injuria being opened against you.

The eMalahleni local municipality was approached for comment. Kingdom Mabuza, spokesperson for Emalahleni Local Municipality confirmed that there was a roadblock last week, but denied that arrests were made and licenses confiscated.

“What happened is that, when motorists were stopped, traffic officers requested driver’s licenses to check whether a driver has outstanding fines and/or a warrant of arrest against his/her name. It is a standard procedure to check for those details. When that is done, no driver gets harassed or arrested for no reason.” 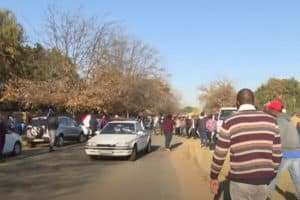 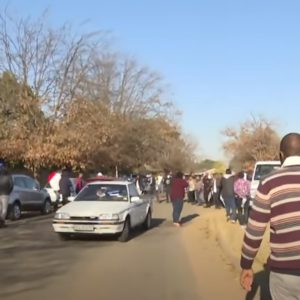