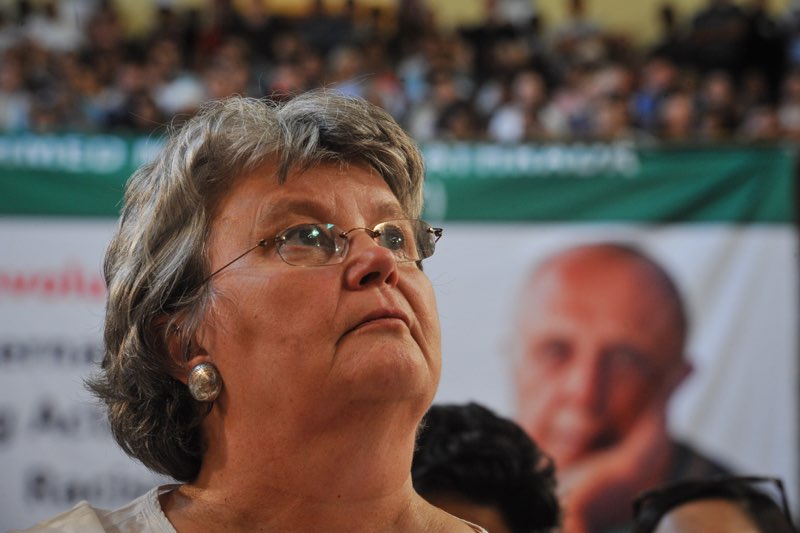 Barbara Hogan, wife of the late Ahmed Kathrada, is seen at the City Hall during a memorial service held for Kathrada, 1 April 2017, Johannesburg. Picture: Jacques Nelles

The testimonies of former minister of public enterprises Barbara Hogan and incumbent in the ministry Pravin Gordhan have been postponed to 12 November and 15 November respectively.

We are back. The legal team announces it will apply for a postponement of today's hearing.#StateCaptureInquiry

Adv. Norman said Hogan's statement was only received on Monday and those of implicated need adequate time to see statement, to interrogate statement. Gordhan's statement will only be finalized tomorrow. #StateCaptureInquiry

Adv. Norman says the reason why they want postponement is that the commission's legal team did not have enough time to notify the implicated persons and prepare their own statement. #StateCaptureInquiry

The commission’s chair said the importance of this is that the inquiry’s legal team would then draft questions informed by the witness’ statement and the implicated party’s version.

“This commission is committed to ensuring that implicated persons are dealt with fairly and that they have a fair opportunity to put their versions before the commission and they explain their conduct where they accept that they may have acted in a manner that is unacceptable,” said Zondo.

Hogan was expected to testify on former president Jacob Zuma’s alleged meddling in key appointments of South Africa’s state-owned enterprises (SOEs) and in the department of public enterprises (DPE).

She was expected to share insights into her turbulent tenure as DPE minister, with claims that Zuma made it difficult for her to fully perform her job and interfered in her appointing a director-general in her own department.

As part of Zuma’s delegation during his state visit to India in June 2010, Hogan was expected to tell the commission how the Guptas pushed hard for the government to cease the Johannesburg-Mumbai SAA flight route – a plan opposed by then SAA chairperson Cheryl Carolus.

This could only be realised after the firing of Hogan in October 2010, who was replaced by Malusi Gigaba.