Two policemen were arrested on Wednesday night in connection with the murder of 21-year-old Bradley Sauls. 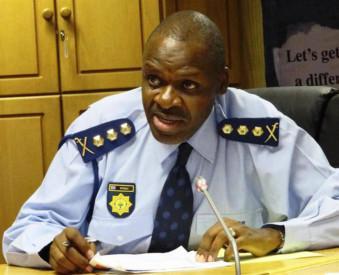 National Commissioner of Police general Khehla Sitole released a statement today detailing the arrest of two allegedly corrupt policemen on charges of murder and defeating the ends of justice.

The pair is among seven arrested in connection with the murder of 21-year-old Bradley Sauls, who was gunned down in Westbury in July.

The two policemen, Wynand Steyn and Sergeant Tom Keet, are “alleged to have concealed crucial evidence after having arrived first on the scene” according to the statement.

Four suspects have already appeared in court on Monday over the Sauls murder and are currently in custody. The report says that a fifth suspect has since been arrested, and will appear in court alongside the two policemen. The state will be opposing bail.

A departmental investigation into the two policemen is also ongoing, according to the report.

“I am confident that this team will continue to work around the clock to bring to book all those responsible for crime in the area of Westbury,” Sitole said.

“The arrest of the two policemen is a clear indication that nobody is above the law and that corruption will not be tolerated.”

The report also mentions the increase in police presence in Westbury following the community recently rising up over what is alleged to be both complicity and complacency on the part of the police regarding the scourge of gangsterism and drugs in the area.

According to the statement, an increased police presence “comprising of Crime Intelligence, Directorate for Priority Crime Investigation (Hawks), Tactical Response Teams, Public Order Police, Visible Policing and an investigative task team” has been introduced as part of a “stabilisation intervention”.

It was reported on Wednesday that Sophiatown Police Station, which services Westbury, has less than half the staff it needs to protect more than 100,000 residents.