Emfuleni gravediggers to go on strike

The workers' employer has not been paid by the municipality for four months, resulting in diggers pledging not to pick up a spade until they are paid. A family digs a grave for reburial over the weekend after they discovered that the employees who were supposed to do the job were on strike. Photo: Lazarus Dithagiso

Gravediggers around the Emfuleni area recently downed tools because their employer had not been paid for four months, reports Sedibeng Ster.

This was because Emfuleni Local Municipality (ELM) apparently failed to honour the contract agreement.

The service provider, a tendered subcontractor of ELM, instructed its workers to stop digging graves until the ELM had made the payment.

The private company was supposed to have dug 31 graves on Friday, in addition to reburials, of which old graves were also to be opened.

At least five cemeteries will be affected.

According to the workers, it normally takes 40 minutes to dig one grave, so even if the money had been released by 2pm on Friday, the workers would have to dig until after nightfall.

The workers also claimed that they have not been paid overtime.

The affected cemeteries included Jakobskop, Rust-Ter-Vaal, Phelandaba, and Vanderbijlpark. Dingane Mzangwane, one of the family members who was left stranded by the strike, said they demand that ELM pay back their money, as the squabble was between the contractor and ELM, which had nothing to do with them.

“We paid the municipality a week before. They assured us good service and now we had to do our own digging as we only learnt about the strike on Saturday morning.”

ELM spokesperson Sonqoba Kunene said no families were granted permission to dig their own deceased’s grave.

“They do not know the norms, standards, and sizes of the graves and we made the payment settlement with the main service provider.”

On whether the families would be paid back their money, Kunene said he will speak to the municipal manager and manager for cemeteries about the matter. 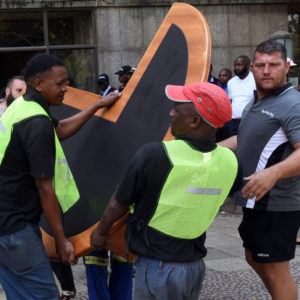 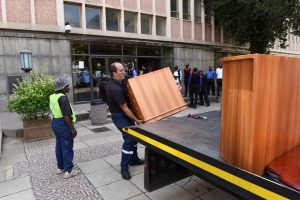