The general secretary of the Gauteng Metered Taxi Council, Hendrick Ndou, said they would meet with Uber and Taxify to find a workable solution. 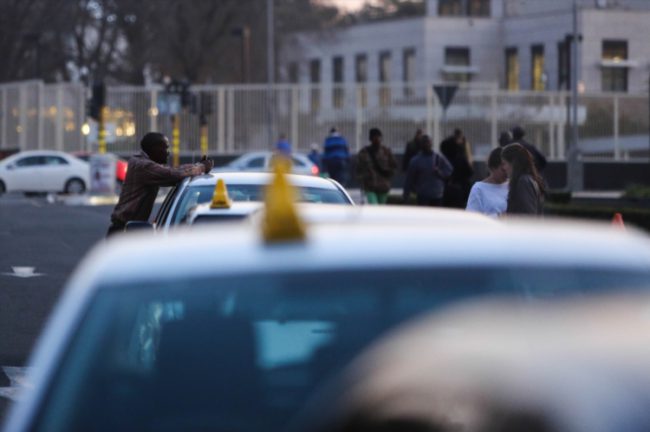 The matter involving Vincent Mashalane, Justice Magagane, Pethole Mabulana and Frans Nijana was withdrawn in the Pretoria Magistrate’s Court yesterday and they were released.

The four were arrested last week after they allegedly jumped into a Taxify vehicle at Pretoria station and demanded money from the driver under duress.

The metered taxi drivers and a marshal were charged with robbery and kidnapping. They spent a week behind bars after their bail application was postponed to yesterday.

They were released after their victim agreed to a truce, the defence attorney who mediated the talks, Gift Tinyiko Harris, said.

“The gentlemen who were in court have unconditionally apologised to [their victim] for their behaviour.

“They accepted they were wrong and didn’t make any excuses for their unlawful behaviour,” he said.

The men had seen the Taxify driver dropping off a passenger and had told him he was not allowed to operate without a permit. Once inside his car, they forced him to go to an ATM to withdraw a R1 000 “fine”.

“The [victim] understands that they are all making a living to feed their children and decided not to make them stay in jail.

“The metered taxi association decided to compensate the victim for the trauma,” Harris added.

The general secretary of the Gauteng Metered Taxi Council, Hendrick Ndou, welcomed the peace agreement. He said they would meet with Uber and Taxify to find a workable solution to guard against illegal operators.

“We are going to convene a meeting next week to come up with policies,” Ndou said. “We agree that these fights are not good for customers.

“They should feel safe and exercise their right to use who they want.

“Our main issue is that whoever picks up a customer as a taxi should have the right documents to do so.”